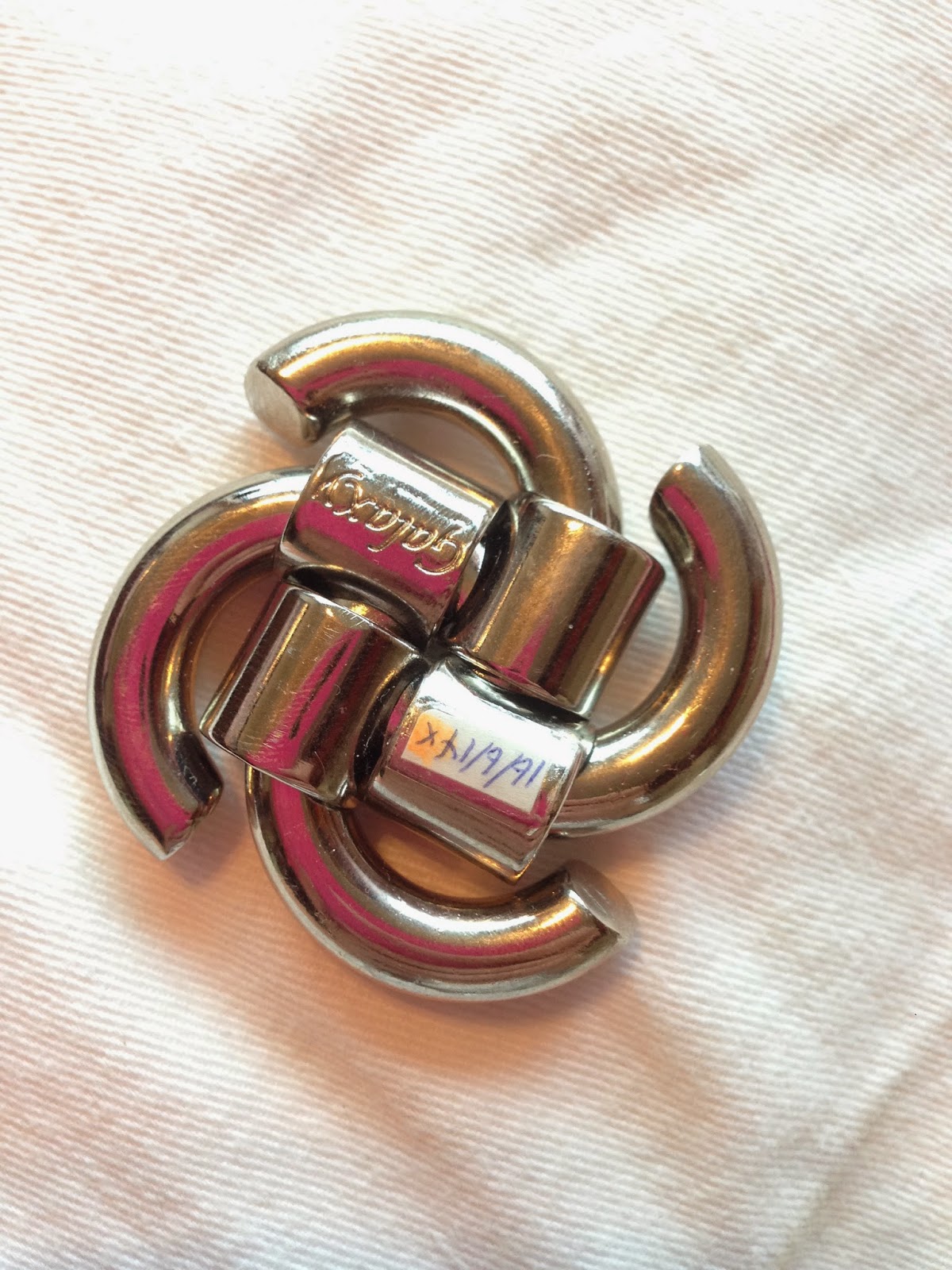 I hope I'm not going to be beaten for this, but rather than another post about Wil's egg, I thought I'd post about another little sparkly puzzle I have recently obtained. The newest puzzle in the Hanayama line up.  This one  first hit the puzzling scene in the 2013 IPP design competition.  The puzzle was designed by Bram Cohen who has been known to design a few others in the past.  The puzzle itself earned an honorable mention in the design competition that year.  Well done Bram.  Not only on the award, but also on getting another puzzle manufactured by Hanayama. 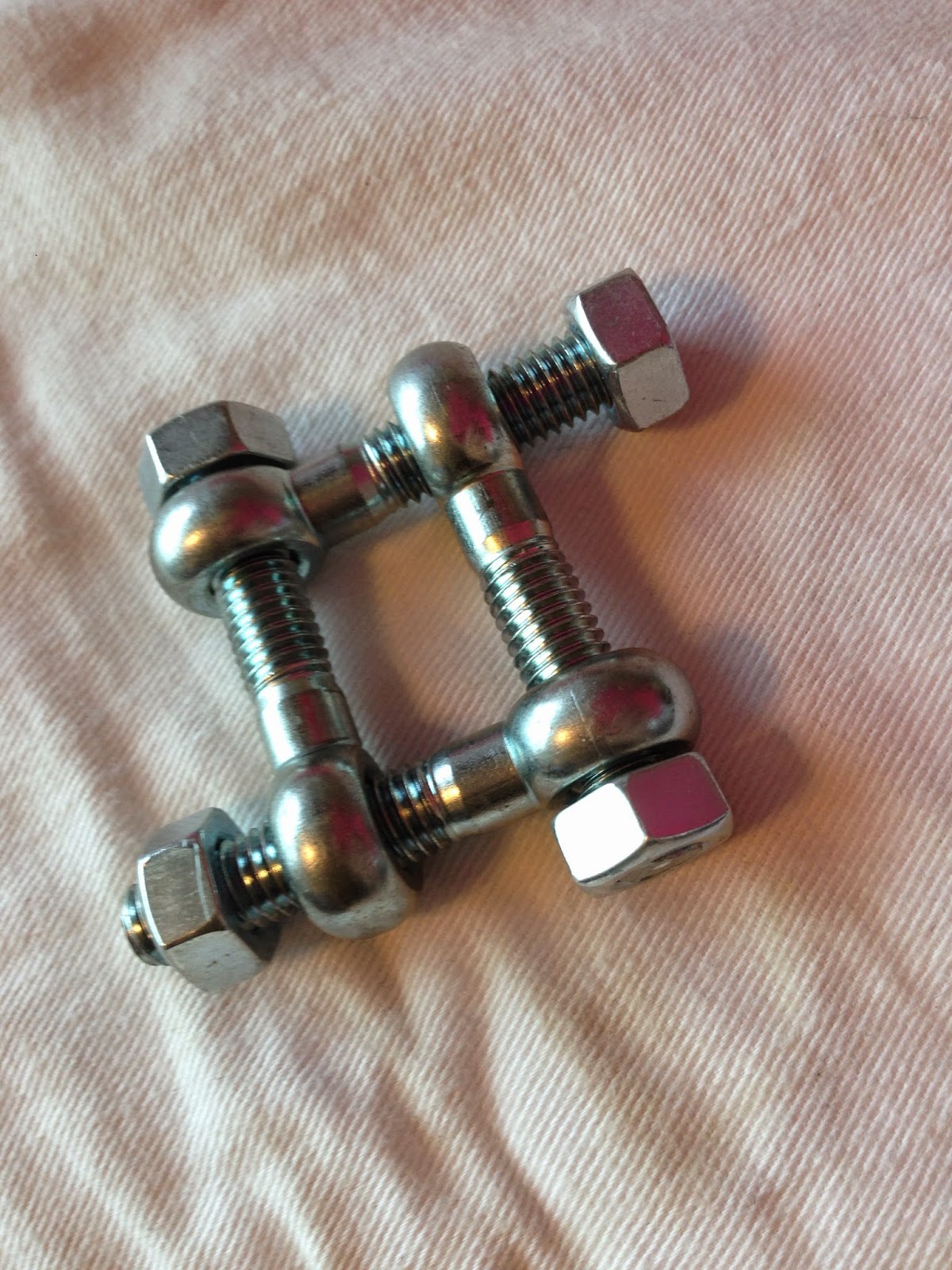 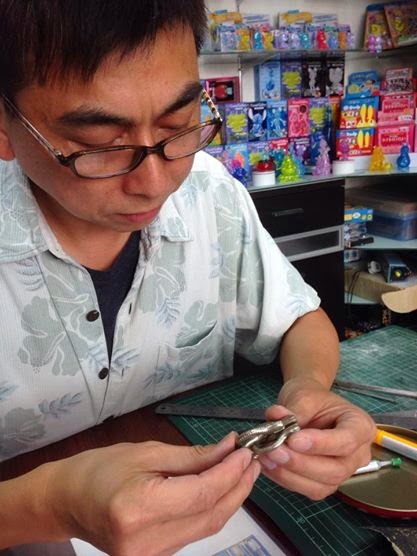 Ok. So on to the puzzle.  It's not exactly out on the market yet.  But you see, I go to my spa just 4 floors up from the HK Hanayama office.  The other day I was over there relaxing and decided to deliver a puzzle to Kyoo Wong.  We made an exchange and had a nice little chat about the next(!) puzzle to come after Galaxy.  (No, the one in the photo is not it. That's an ancient design that I had in my pocket.)  I had an interesting conversation about puzzle designing with Kyoo, and once the next one up is put on the web, I'll write up a nice little story about it.  In the mean time, The photo above to the right is a prototype if you will of something Kyoo was working on in year past.  He gave it to me because of the similarity to the Galaxy.  If I understood the story right, he and Bram had a conversation over these four bolts around the time Bram designed the Galaxy.  (Tell me if I got that wrong Bram.) 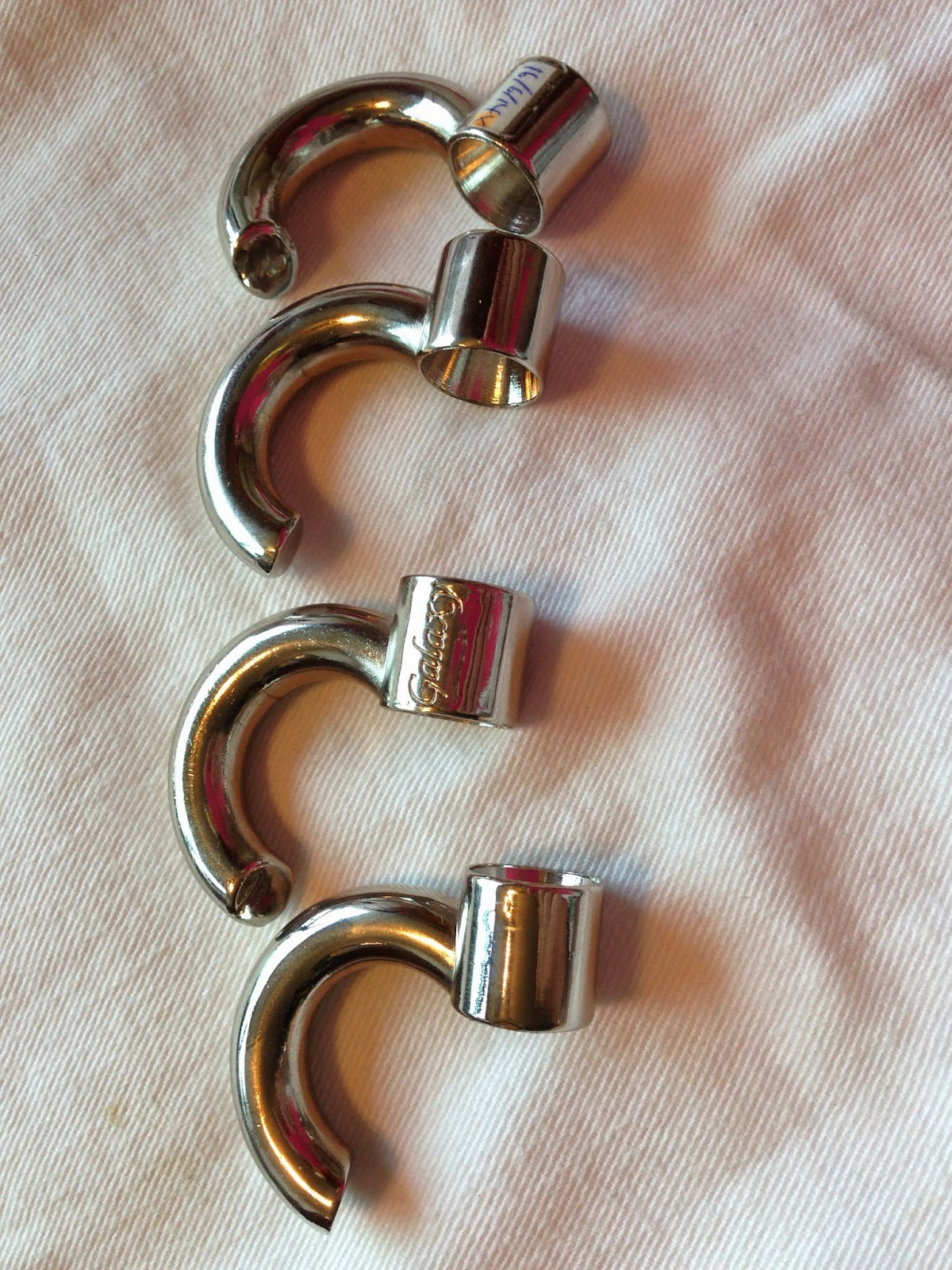 After I got the puzzle home, I managed to take it apart quite quickly.  That part is not all that hard.  I think it took me around 15 minutes of fiddling to do so.  Putting it back together again is another story.  It has still defeated me.  But I will keep at it until I win.  This puzzle will not beat me.  You'll notice, that while each of the four pieces look identical, they aren't  there are two matching pair.  As always, Hanayama has put a bit of a twist on the original design that makes it more difficult.  I'll not tell what it is.  I know you'd rather find out for yourself when you get the puzzle.

So where can you pick this up?  I'm sure Puzzlemaster or others will have it up soon.  I do believe this puzzle will be released in July of this year.  I think it's a level 2 or 3.  I'm not sure.  See, there's no packaging done up yet.  As with all Hanayama, the quality is fantastic.  Go pick one up, you won't regret it.
Posted by Roxanne Miller at 7:26 AM