Some of you have been watching my posts on facebook for the past two days so what you see here is nothing new.  Maybe a bit more detail.  I know this is going to end up being my all time favorite post.  Because these are my all time favorite puzzles.  I'd heard of them before, even saw one or two up for sale on eBay but was never really interested.  Not that is until IPP31 when I was invited to Hendrik Haak's house.  I saw Michelle and fell in love!  With the puzzle, not him.  (Sorry Hendrik, married.)   Since then, I've been wanting to get a Berrocal for a while but there were many other puzzles that were more important. 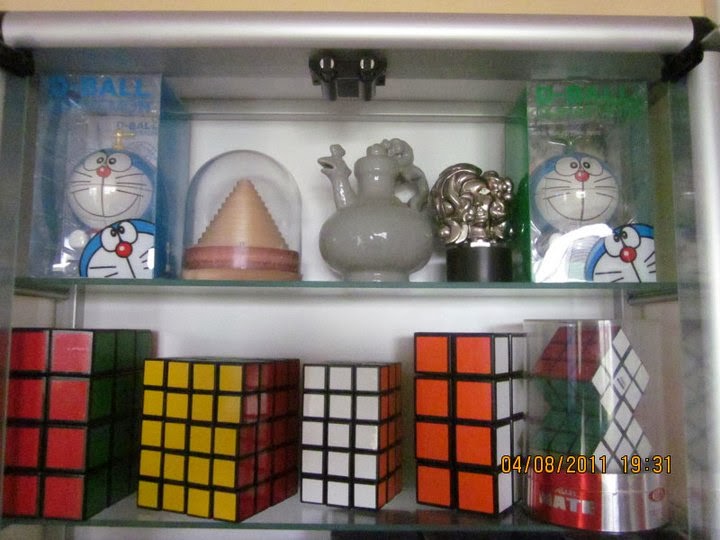 She doesn't look like much there on the shelf between those two Doreamon puzzles, but there was just something about her that I liked.  That led me on a three year hunt for a set of my own.  Being a collector I couldn't stop at just one.  I needed all 6 in the series.

The Berrocal's are not only puzzles, but they are also beautiful works of art.  And they are fun too.  Each one has a ring inside.  The ring size for the Mini's is a US size 6 (yes, I have a ring sizer at home).  Many of the pieces have some sort f sexual innuendo incorporated into the work.  Some are rather obvious like David's observable penis, others are more subtle, like Maria's internal male genitalia.  I have hunted up and down trying to find these puzzles.  Some I've gotten through eBay, some through art auctions, some through private collectors.  All I love.

My first was Michelle.  I met her and wanted to bring her home.  She was a lucky find.  Really lucky.  Within four months of seeing her, I had my own Michelle winging her way to me.  She arrived on Thanksgiving day 2011. 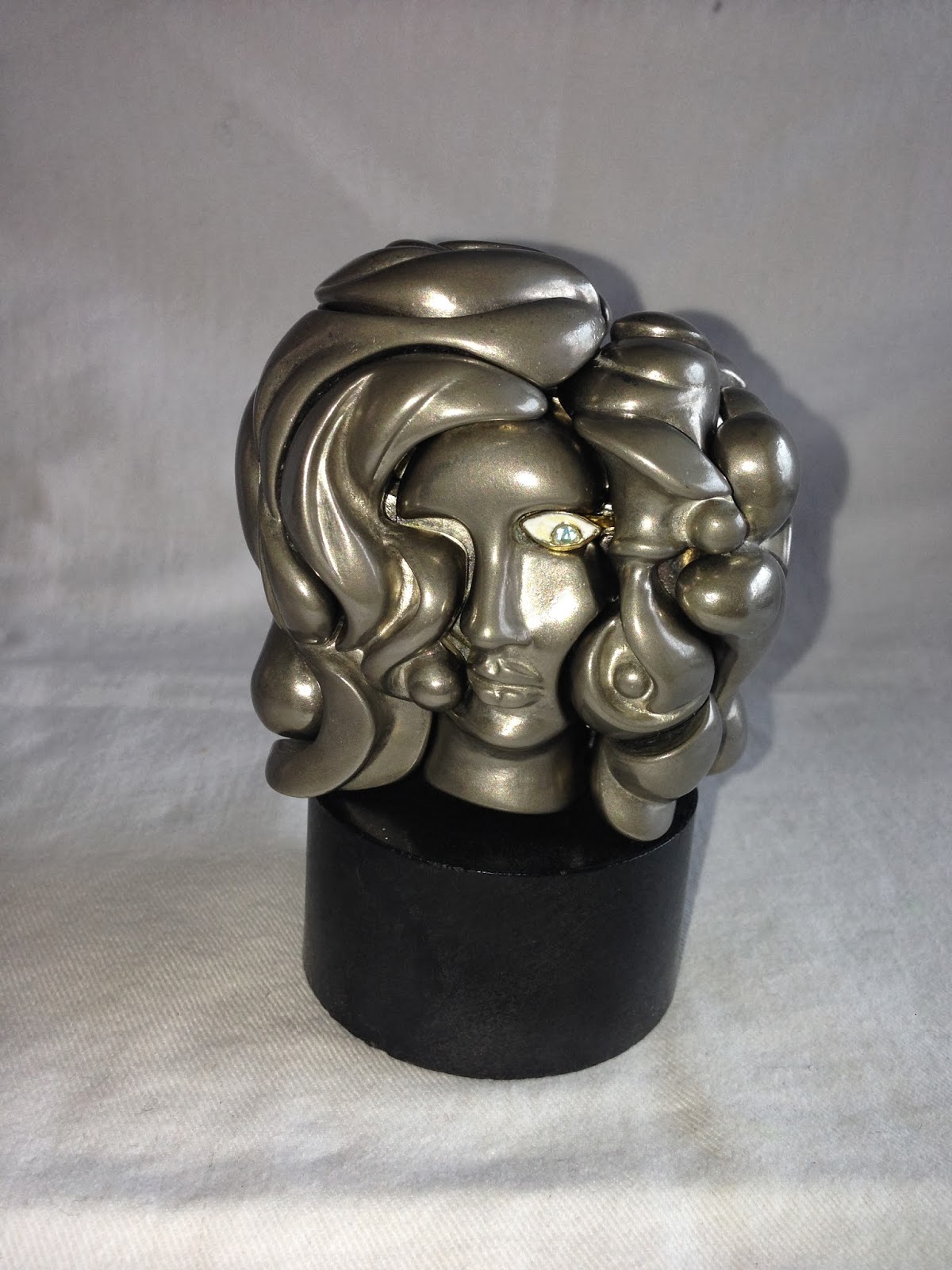 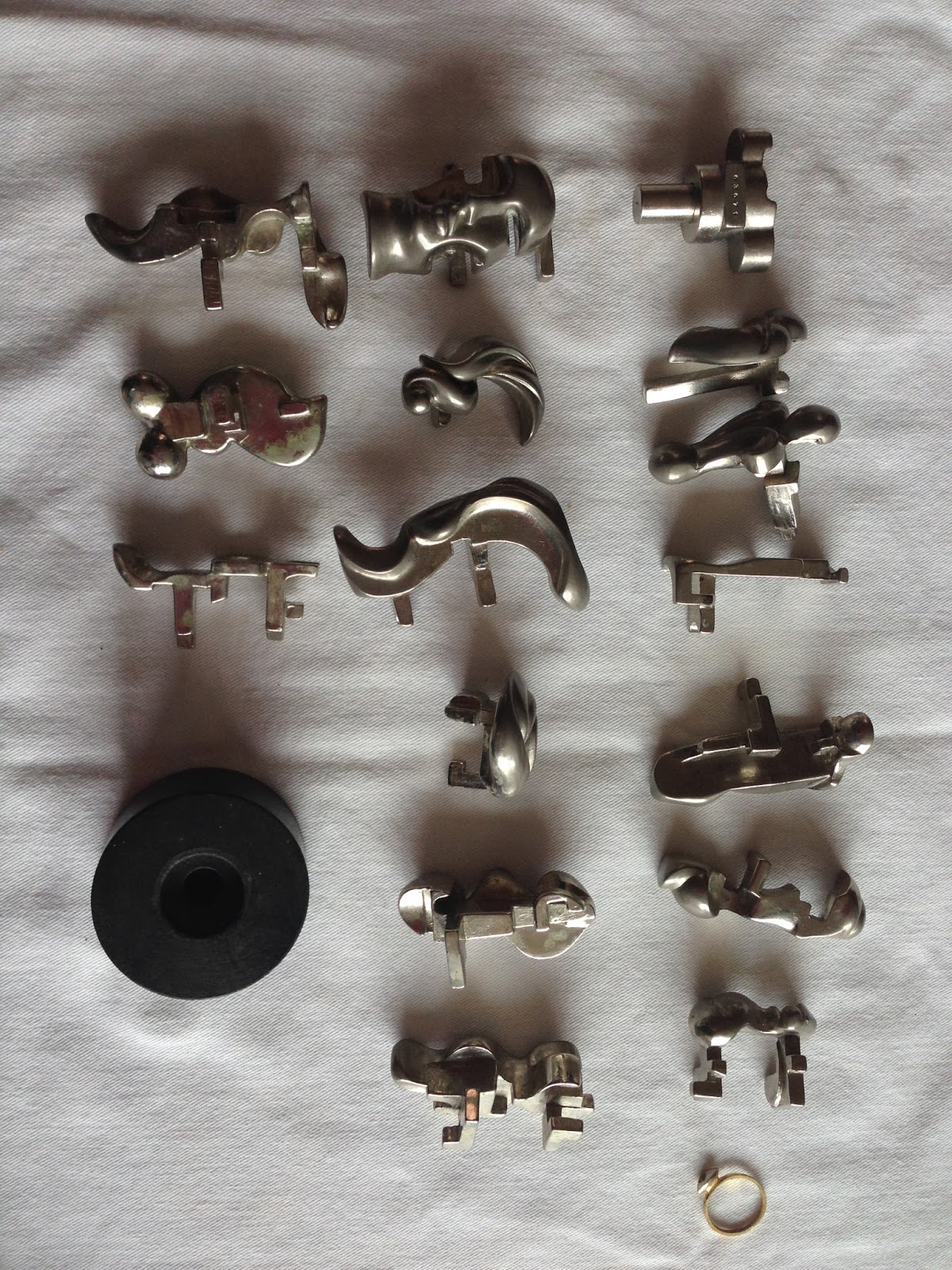 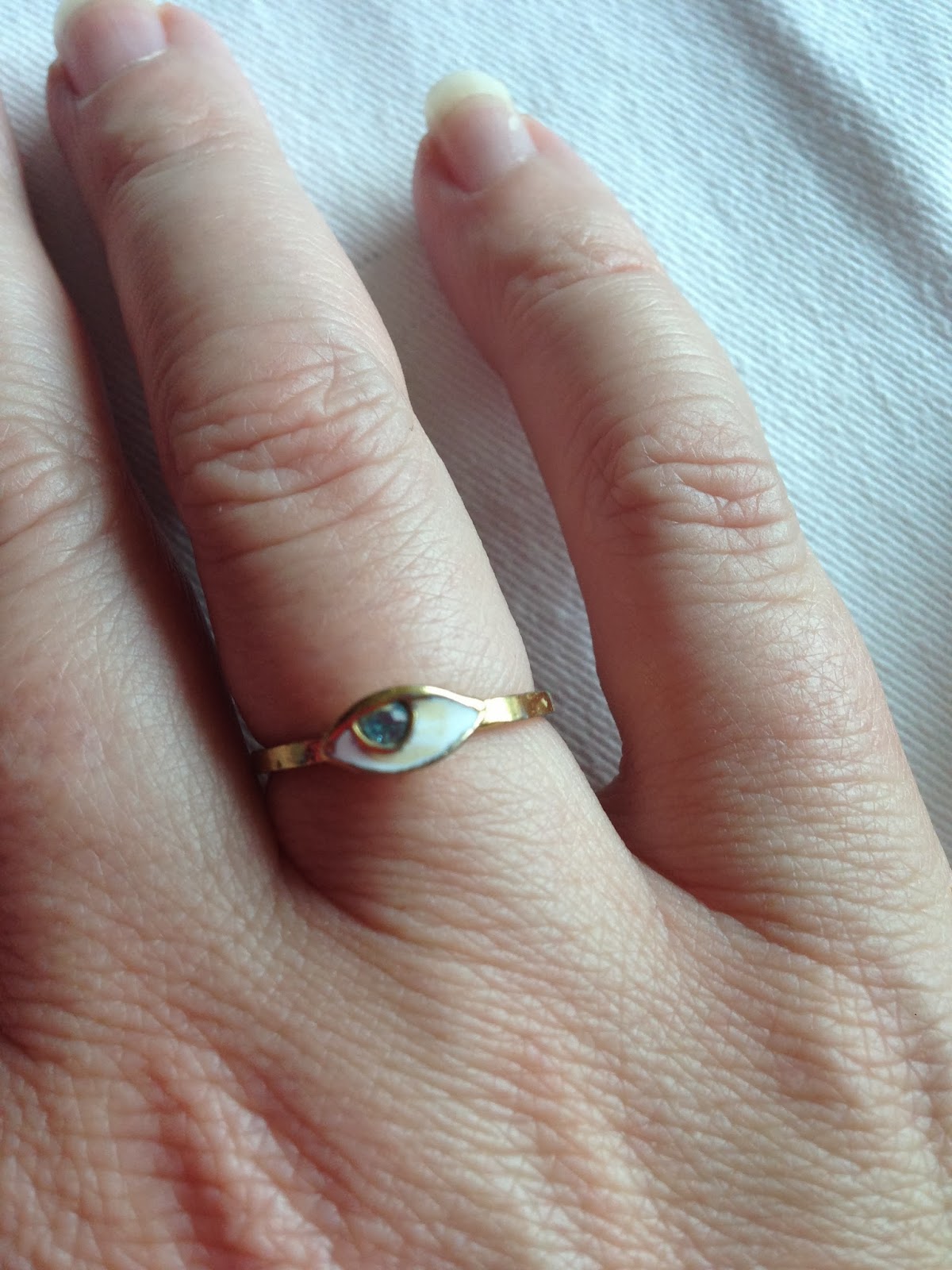 Michelle has 18 pieces including the plastic base she sits on. She's got a nickel plate on her and stands 13.5 cm tall when on the base.  She came out in 1969.
Like all the other Berrocal Mini's, she has a ring inside.  It's made of enamel and cubic zircona.

My next Berrocal was micro-David.  And my last mini was David.  I'm writing about the two together here because visually, they are the same puzzle, structurally they are very different.  Micro David has become somewhat of a good luck talisman to me.  I wear him every time I present.  If I leave for a talk without him, I've got to return home and pick him up again.  I got this one almost a full year after I bought Michelle.  The final Mini I received came from a Baxterweb auction.  David finally came home!  I have lusted after him for years, and this time I was determined to take him home.  David was by far the most expensive of the Berrocals that I have purchased to date. 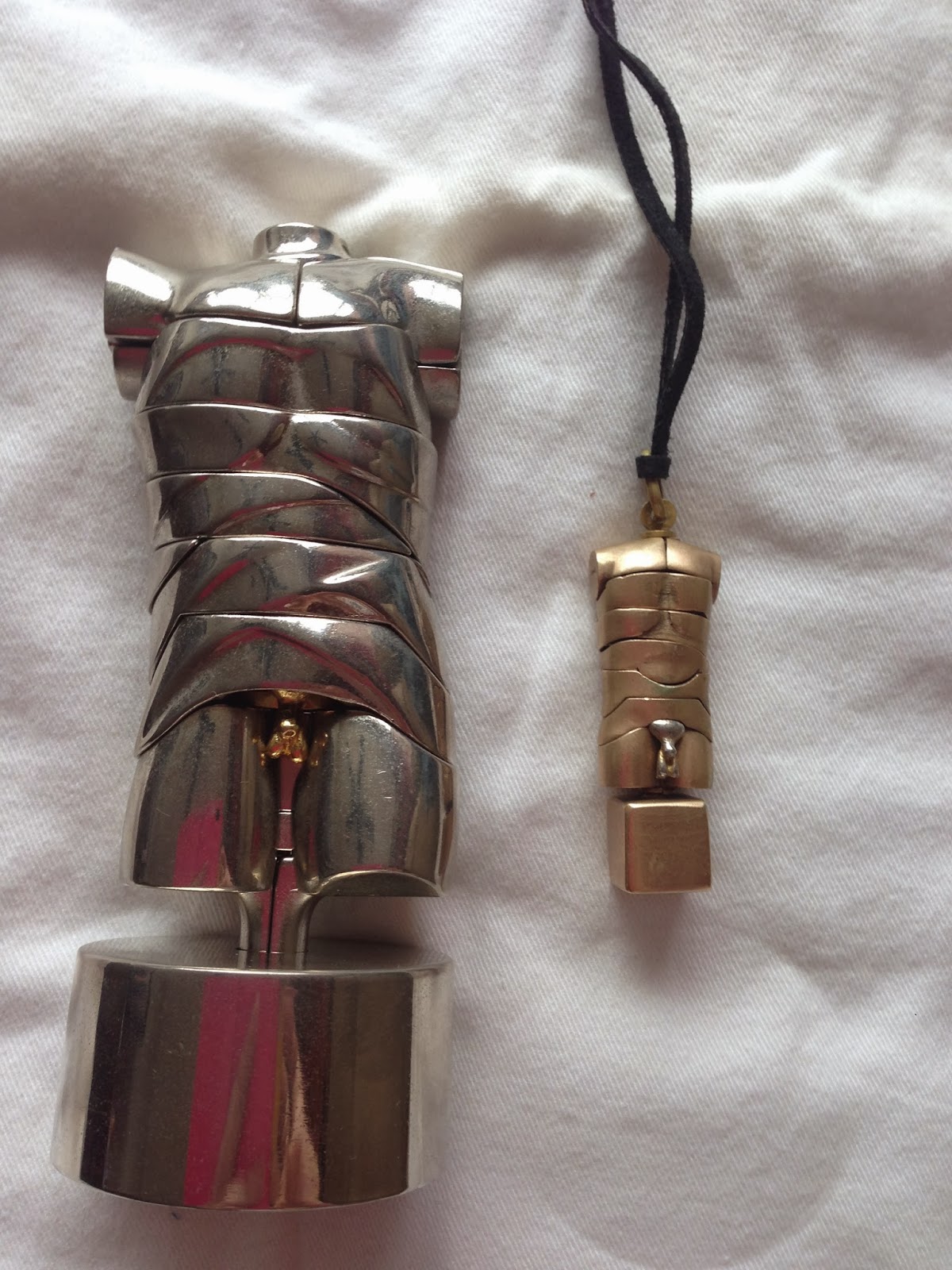 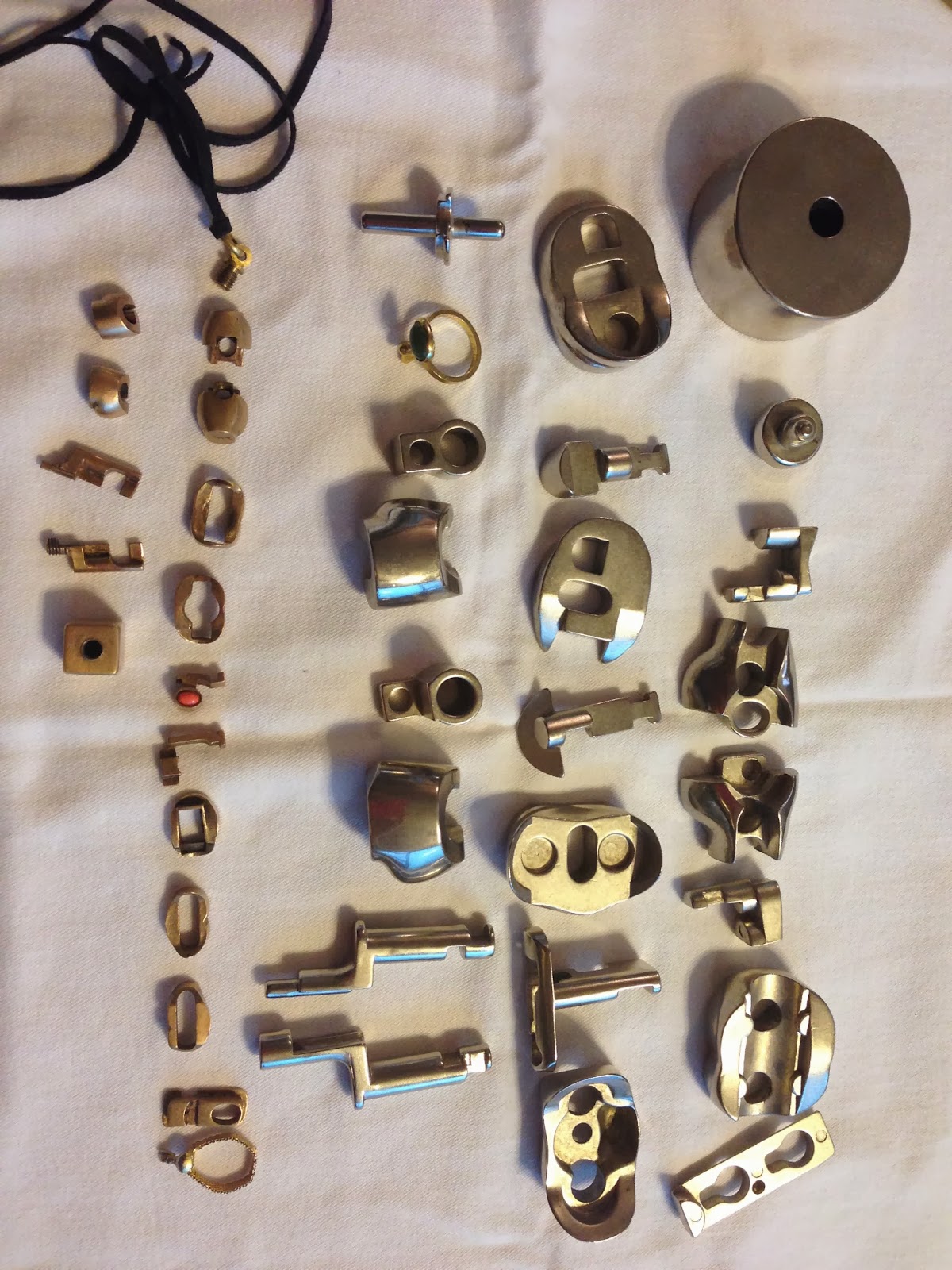 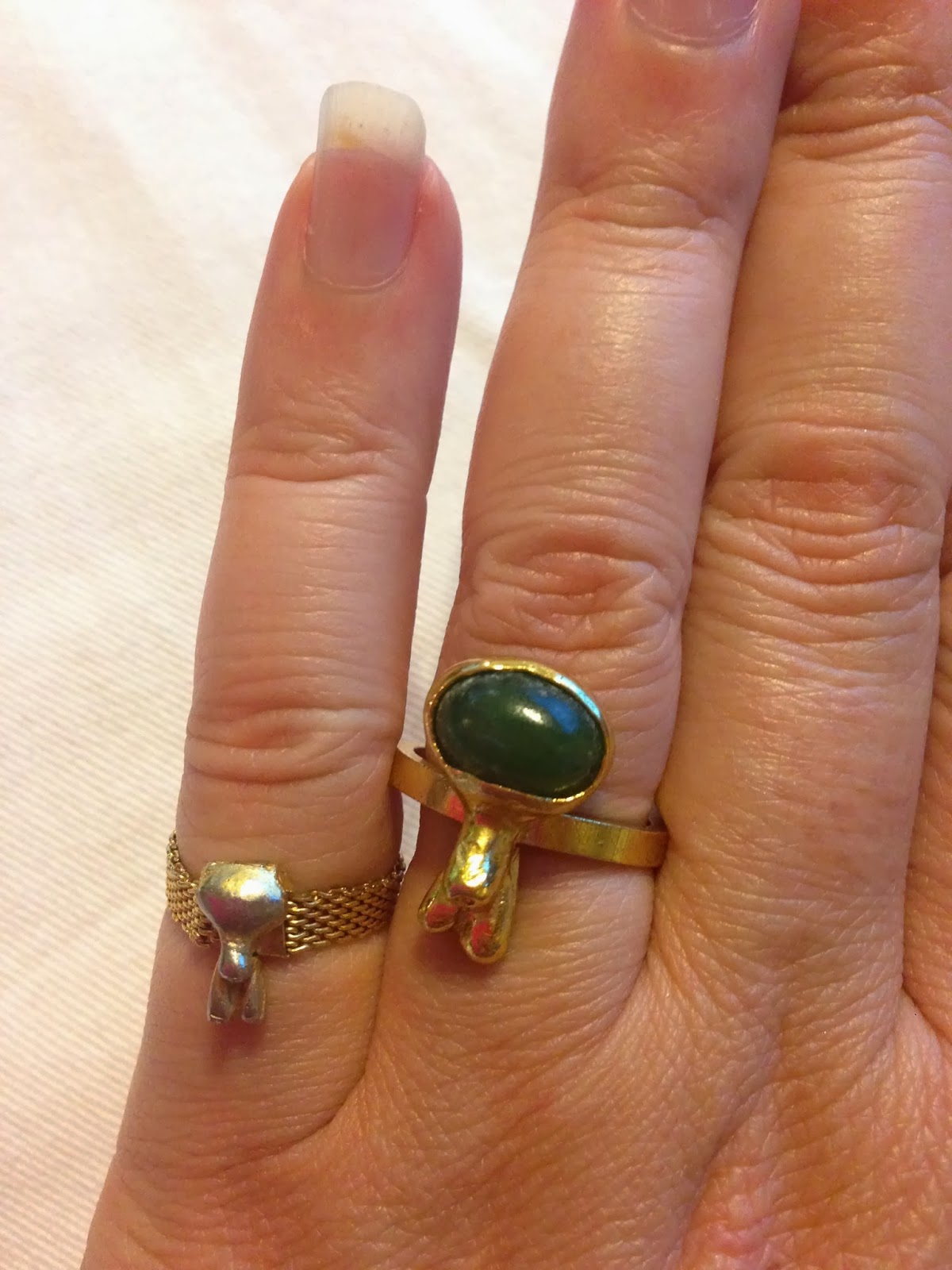 Micro david has 18 pieces including the base and stands 7.7 cm tall.  David has 23 pieces and stands 13.5 cm tall. The rings inside are the testicles and penis of the torso.  Not as mundane as Michelle.  Micro David's ring is flexible and is looped around the piece next to it in the photo above.  Interestingly, the ring on Micro David is size 5.5  All the others rings in the minis are a size 6.  The photo above shows Micro David disassembled on the left and Mini David on the right.  Micro David is made of brass while David is Nickel plated. David came out in 1969 and Micro David followed in 1972.

Following Micro David I received Mini Zoraida.  I picked her up about a month after I got micro David.  This is the only Berrocal I have gotten with the box included.  She is in mint condition with only one tiny little flaw.  One of her shoes likes to fall off.  Not that I blame her, I hate wearing heals for any length of time. 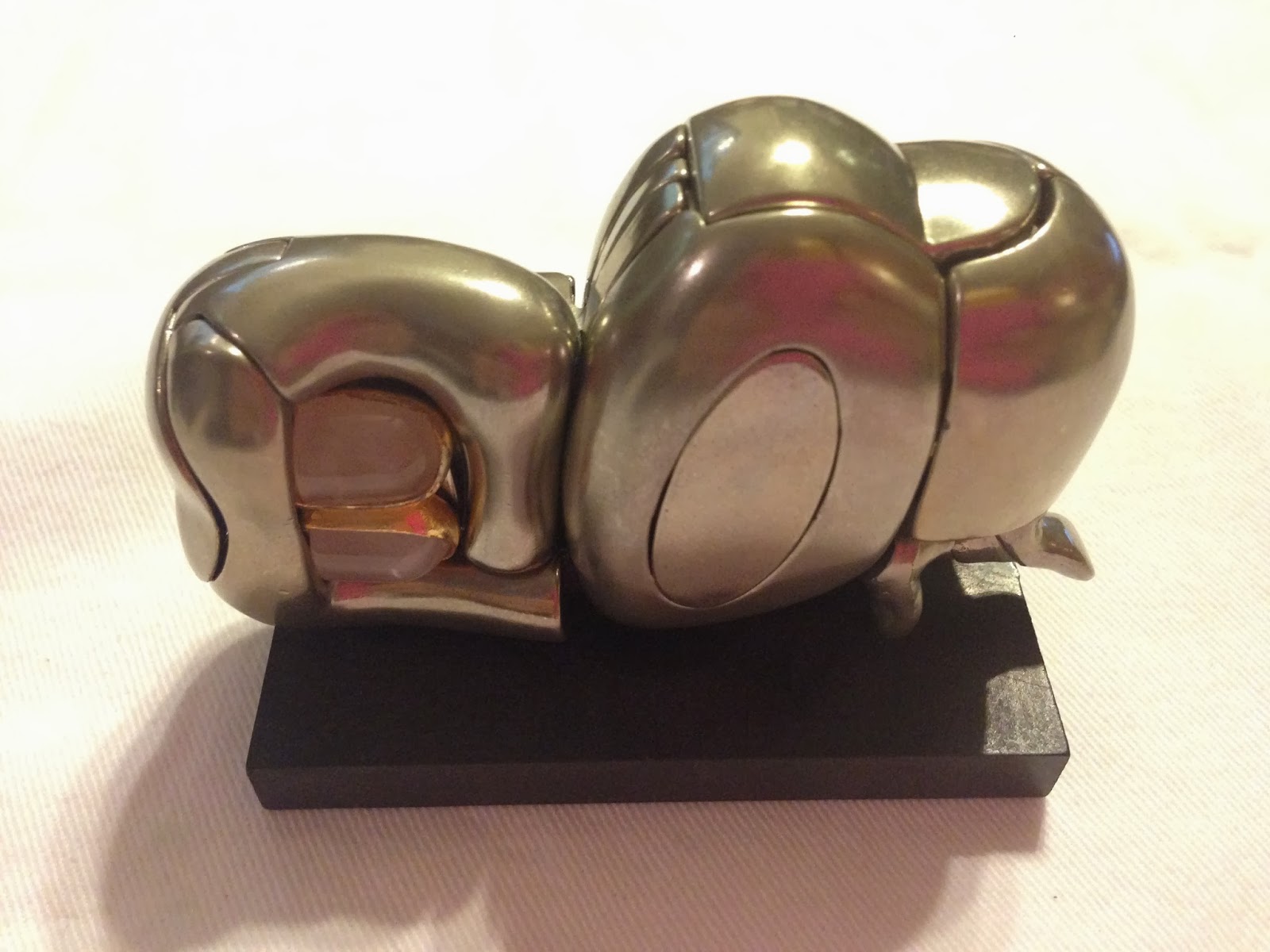 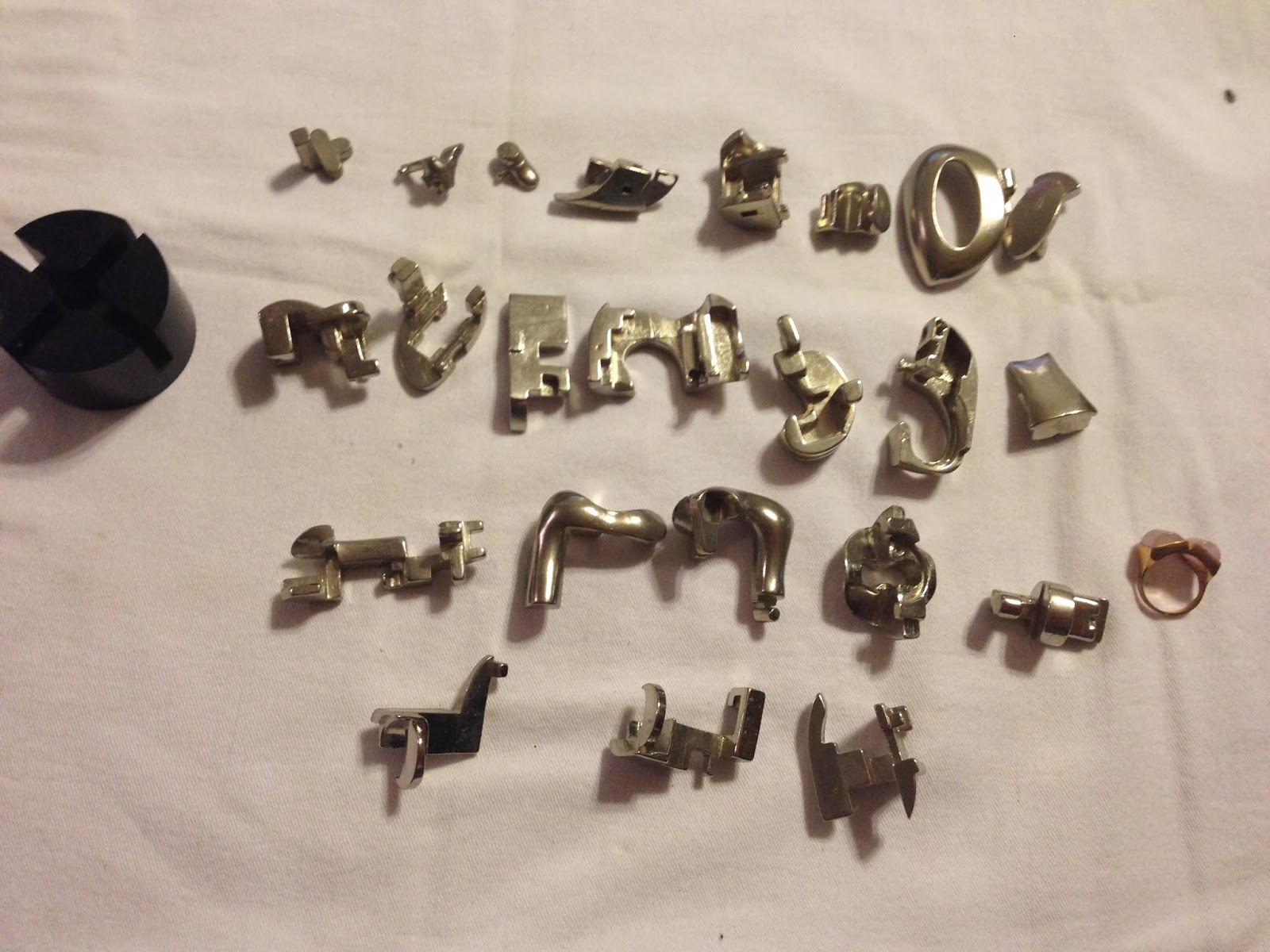 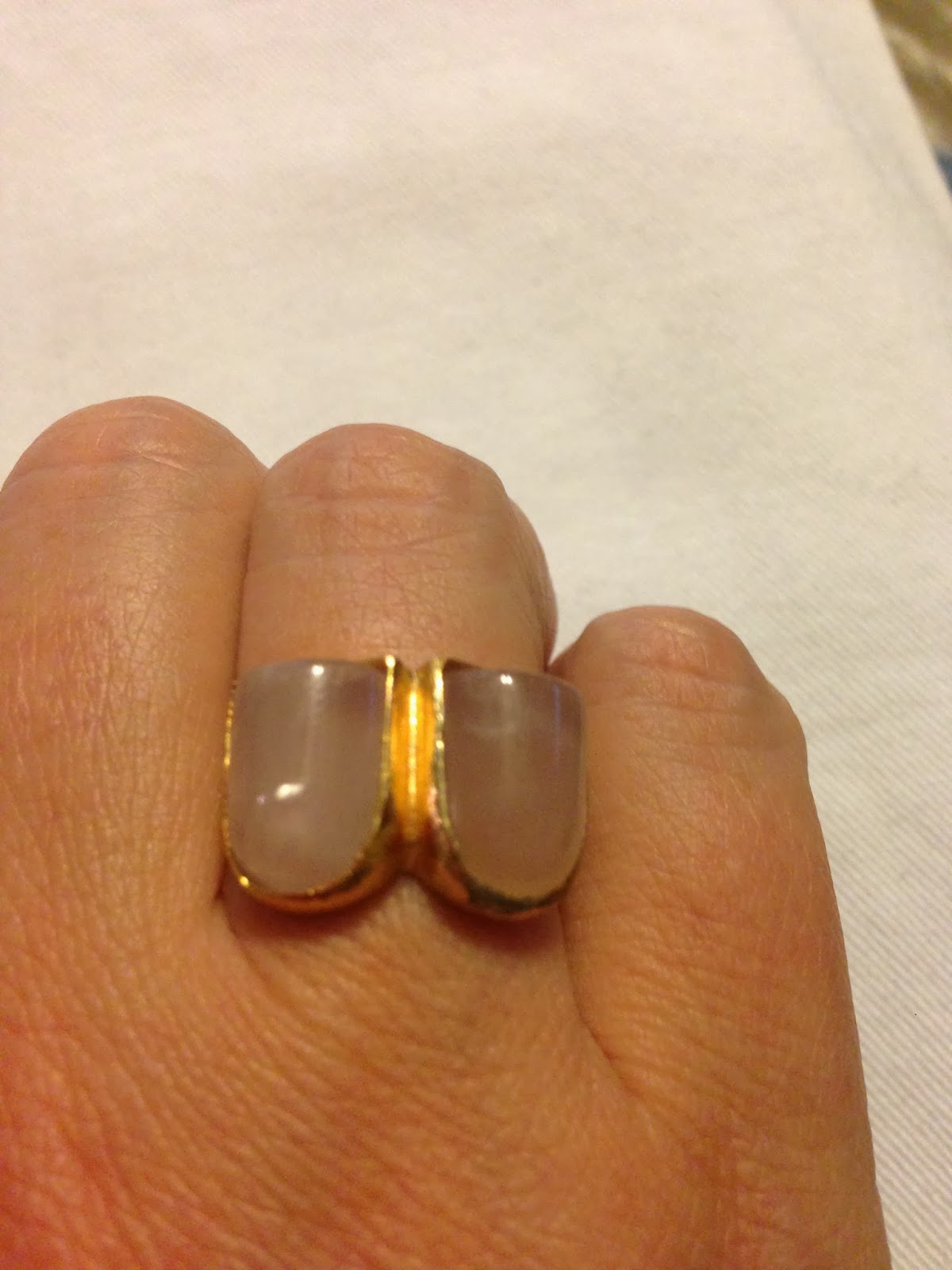 Zoraida is made up of 25 pieces and stands 13.4 cm tall when on the base.  Zoraida is also Nickel plated.  She was first sighted in 1970.

Next up came a very unloved Maria.  I was on a roll this quarter.  3 Berrocals each within a month of each other.  And all three for less than US$500 each.  I won't give exact prices in the event that Mr. Man reads this, but suffice it to say 500 was the most expensive of the last three.  Maria I got off eBay and unfortunately the seller neglected to tell me he lost two of the pieces.  One of them key to the puzzle.  Thanks to Kevin and another friend, I've sent off an email to see if I can't get a replacement part.  (BREAKING NEWS: As I write this post, the Berrocal Foundation has just contacted me with instructions on how to get my missing pieces!  Thank you Kevin and Jim!) 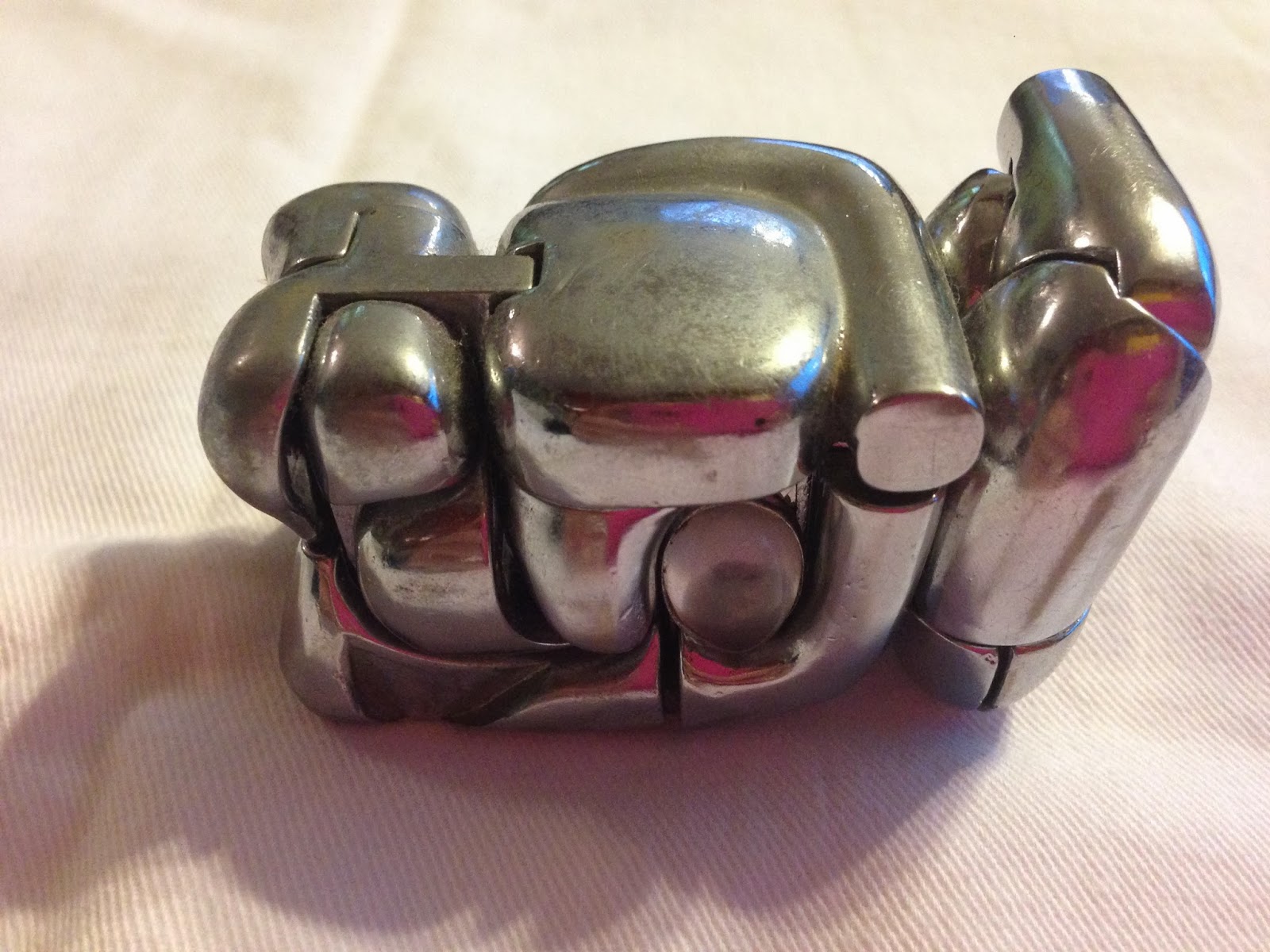 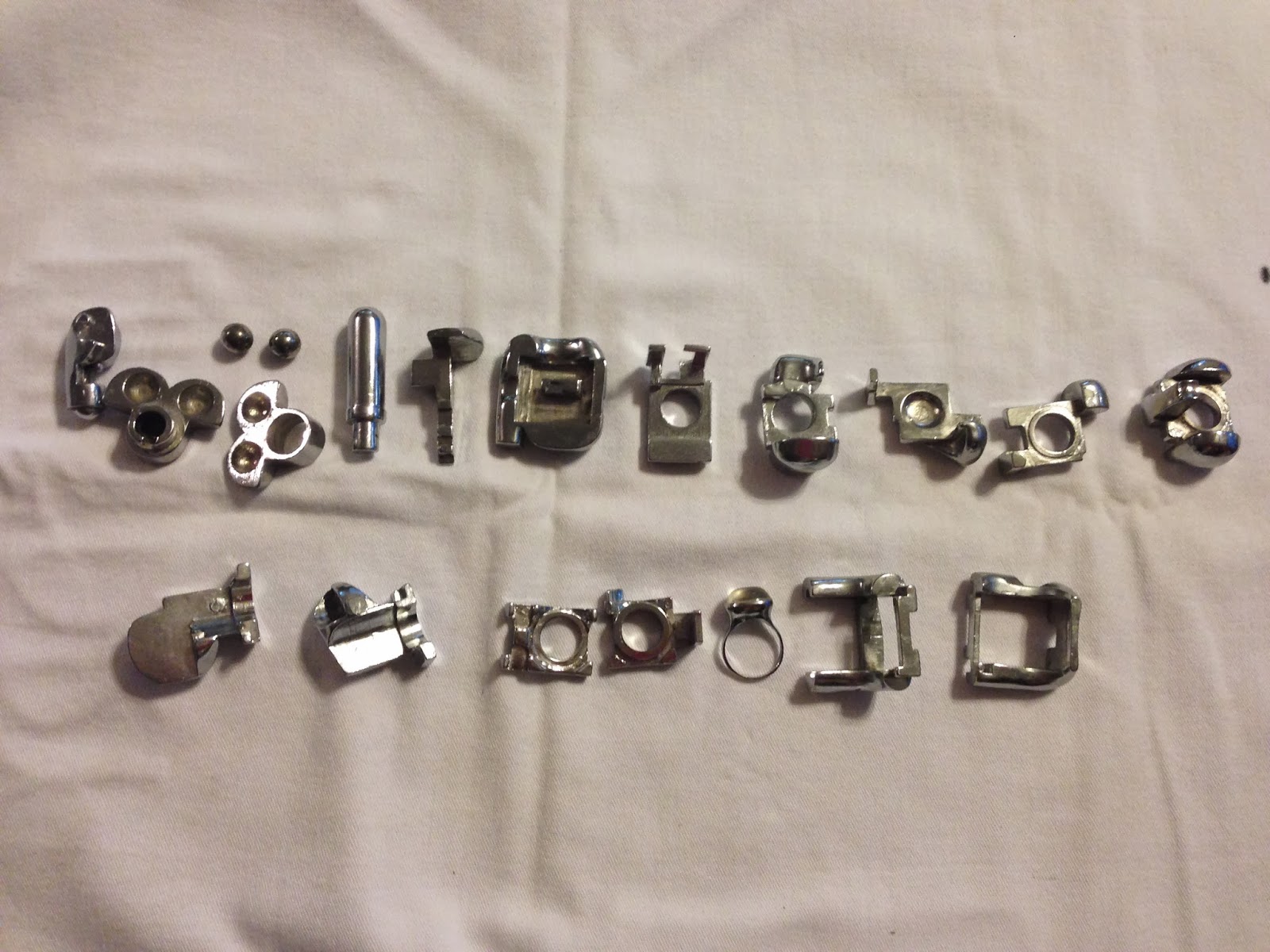 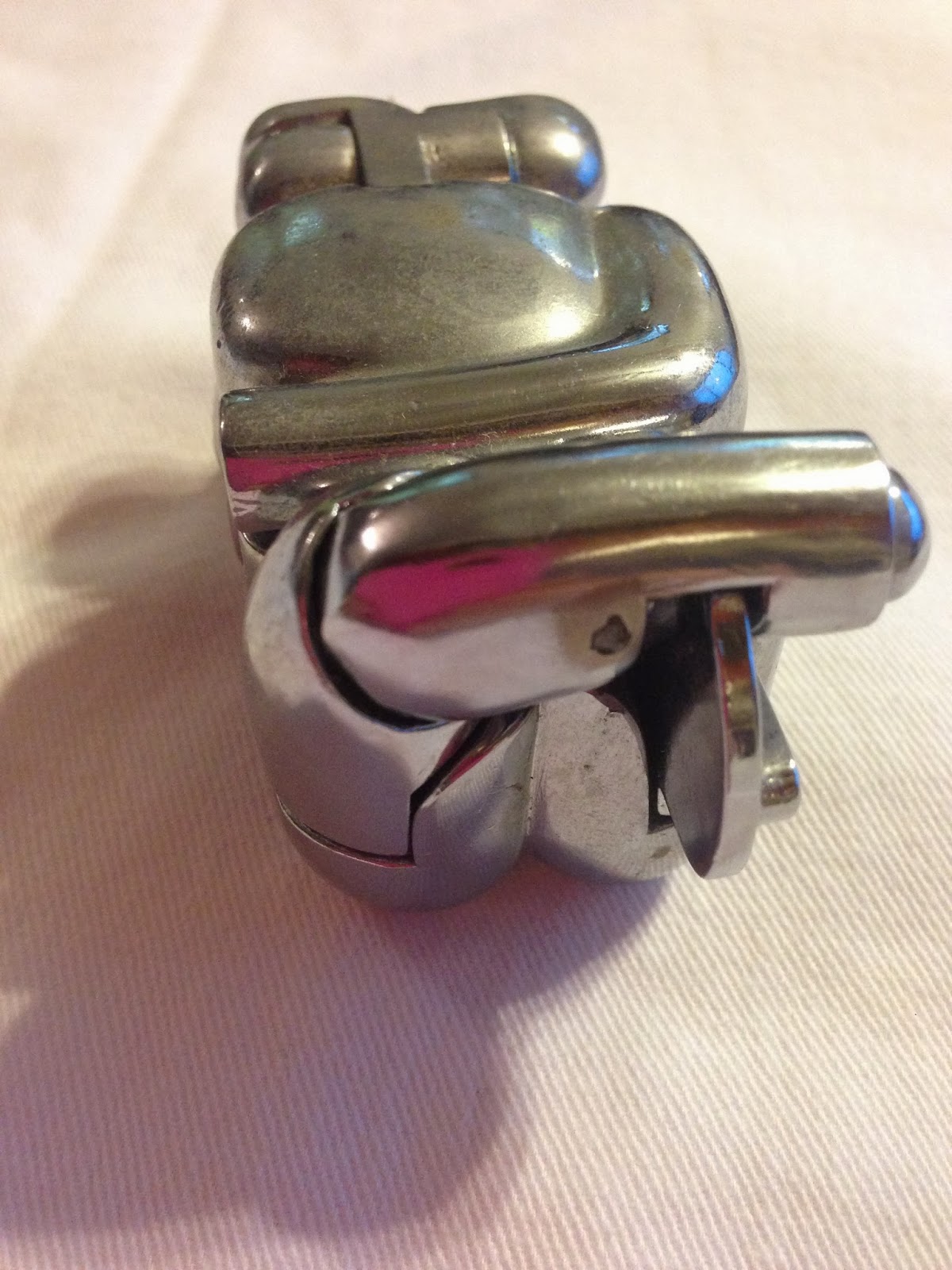 I was good for a while, I waited a few months before I purchased Christina.  She came not from eBay, but an art auction in Florida.  And before you bat your eyes and balk at the price, she was by far the cheapest of the bunch.  Ok.  shipping cost a bit, but overall price.  She was better.  If you are looking for Berrocals, I recommend this route.  Once I got Christina this way I quit looking at eBay and yahoo.  The only fault with Christina is a bit of pitting along her base, and some on her arms.  Again, I can live with this. 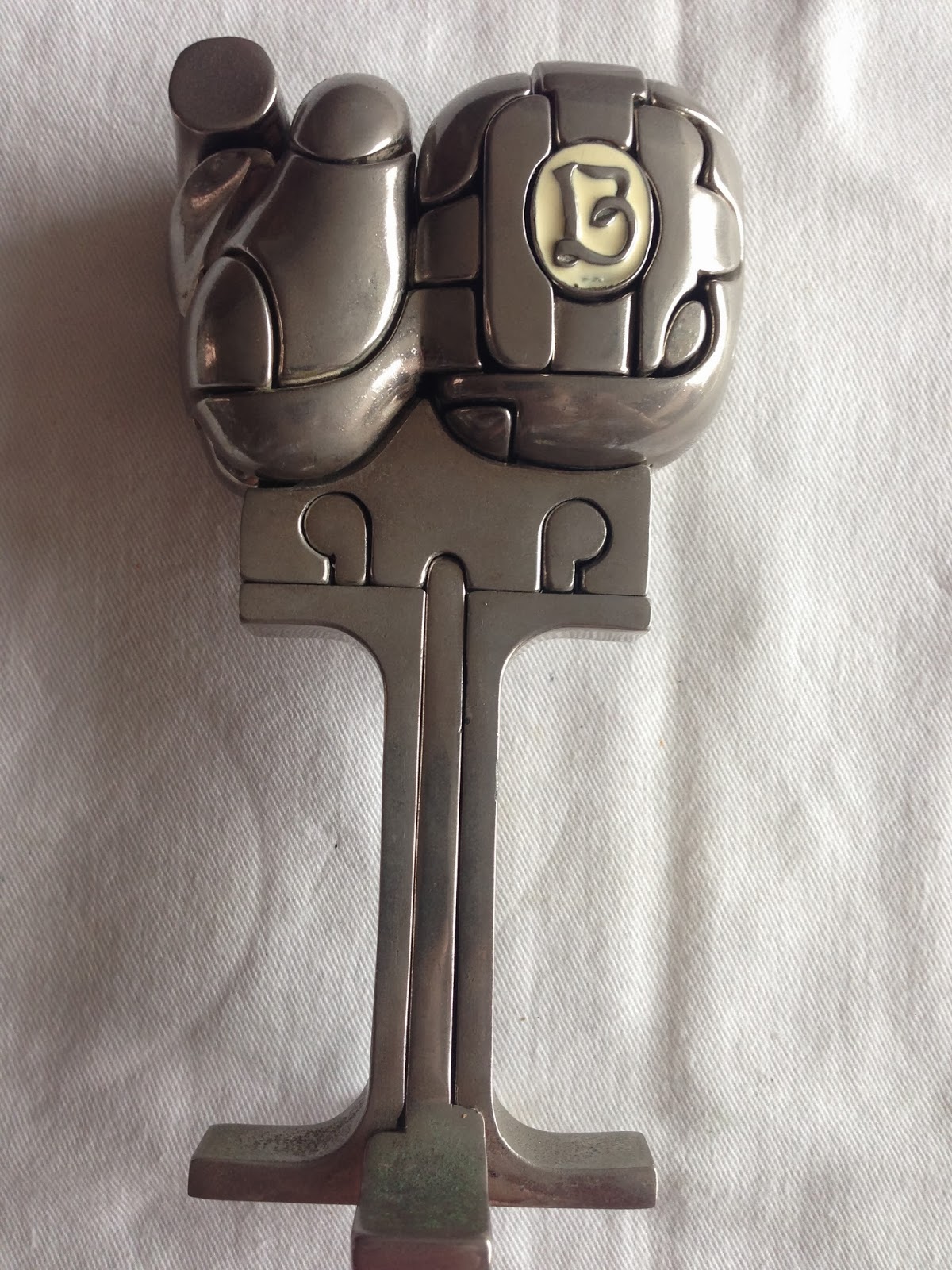 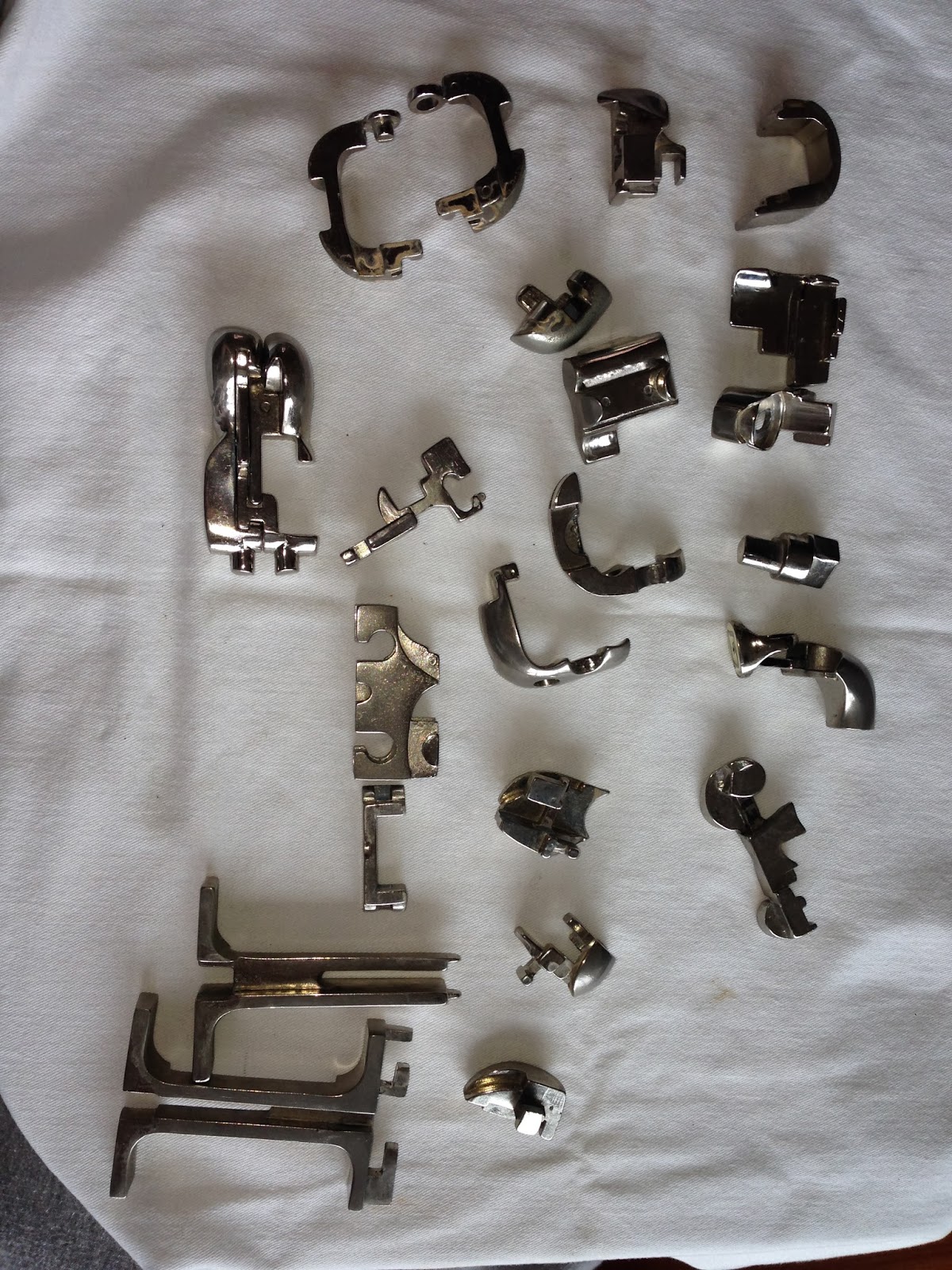 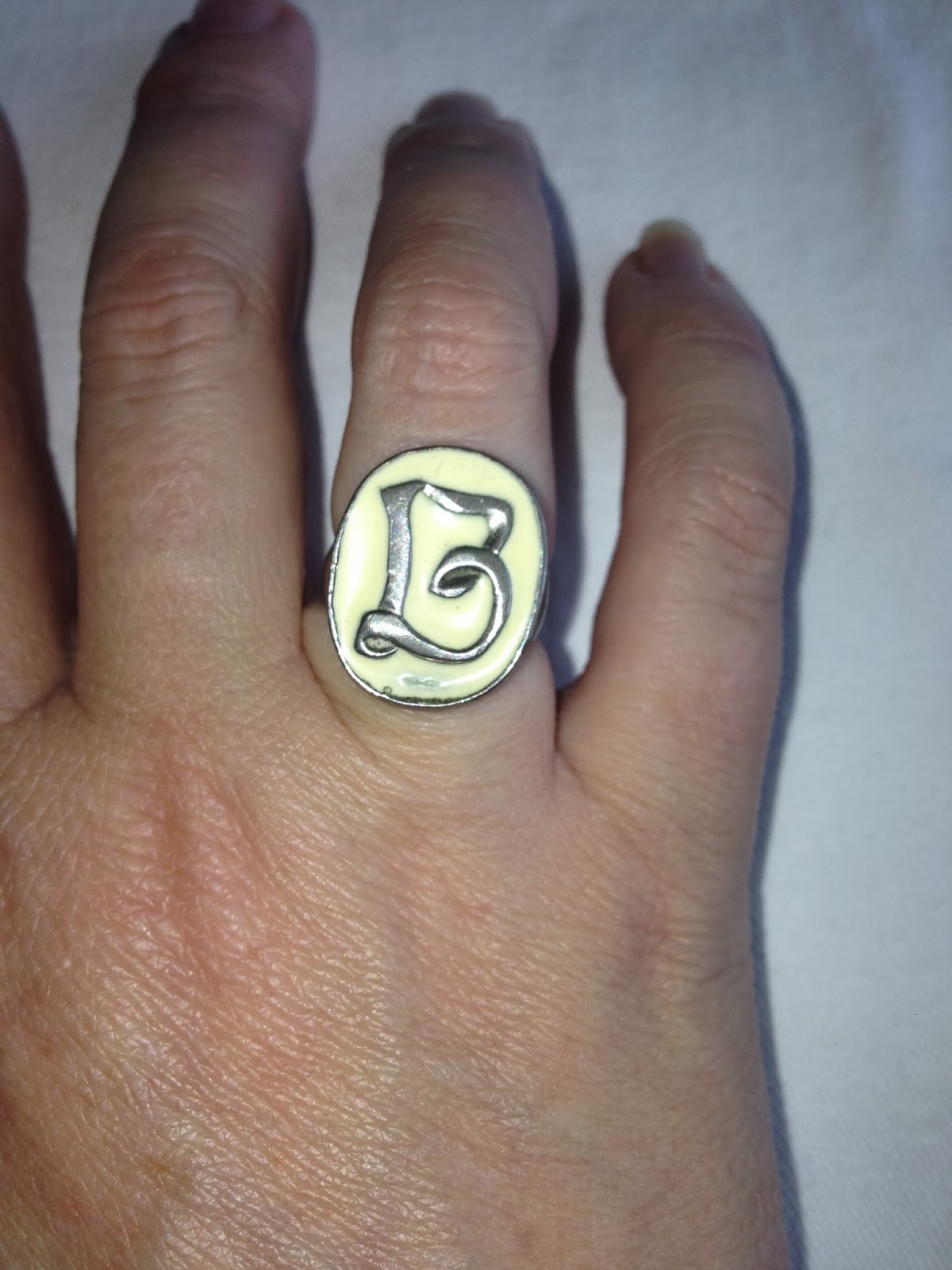 Christina is the only one of the miniatures that has a letter on the ring.  Christina stands 15.2 cm tall and has 25 pieces.  Christina was released in 1970 as well.

Following Christina I obtained Mini Cariatide.  She came to me in lovely condition.  No book, no box.  But very well taken care of.  Her previous owner loved her like I do.  Cariatide is also special because she was the last of the multiples for me.  Remember, at this time I had micro-David. 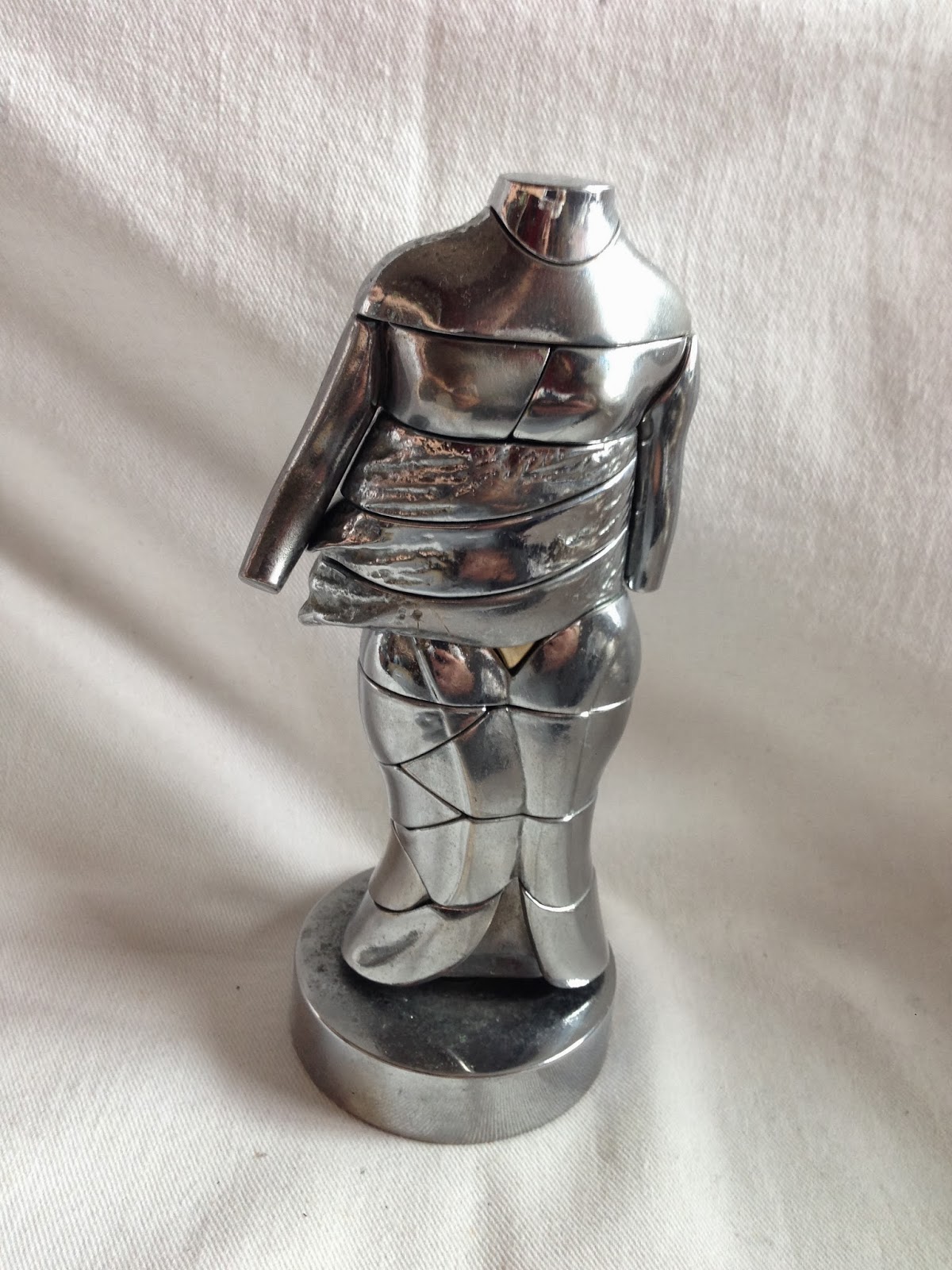 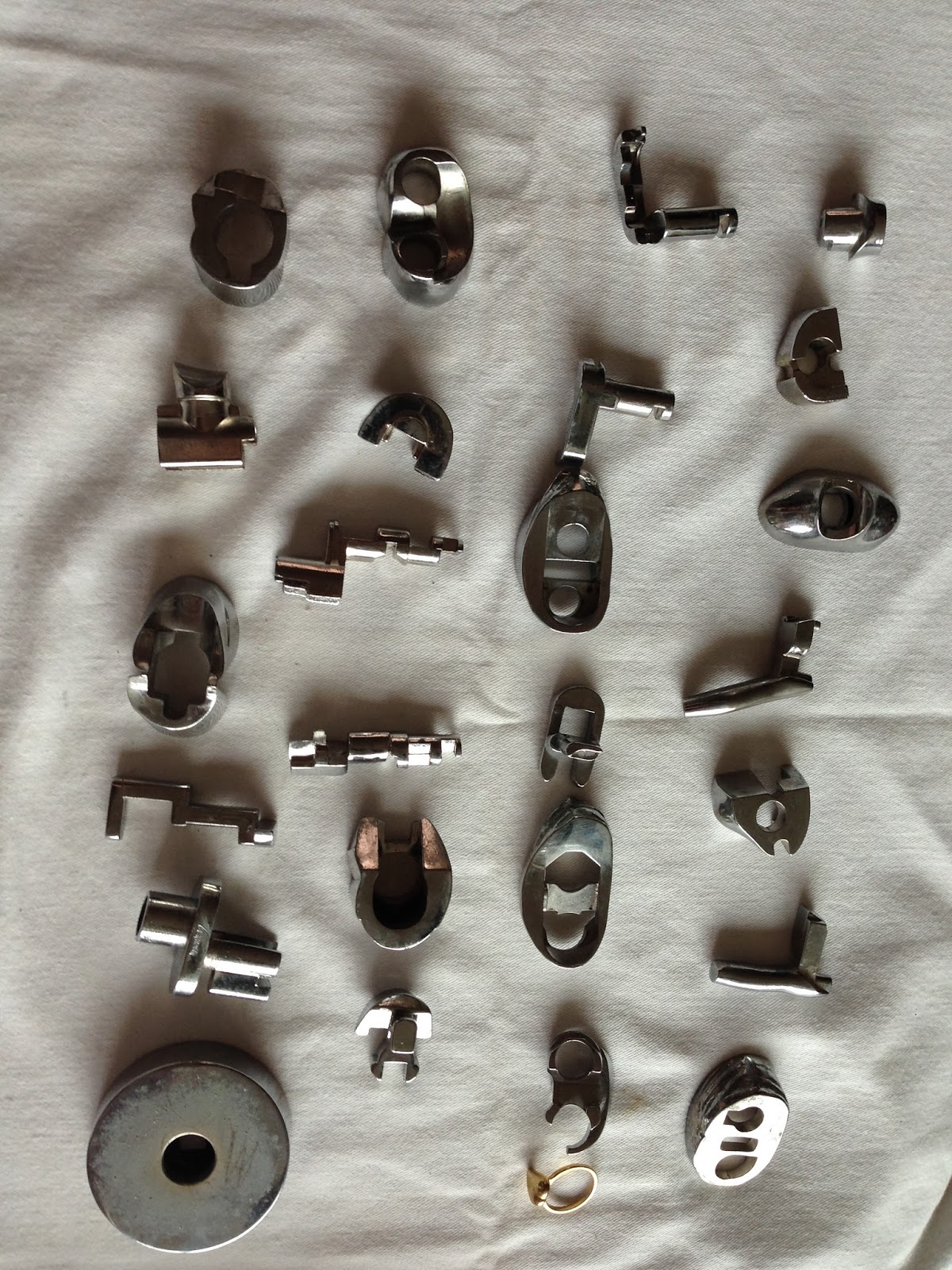 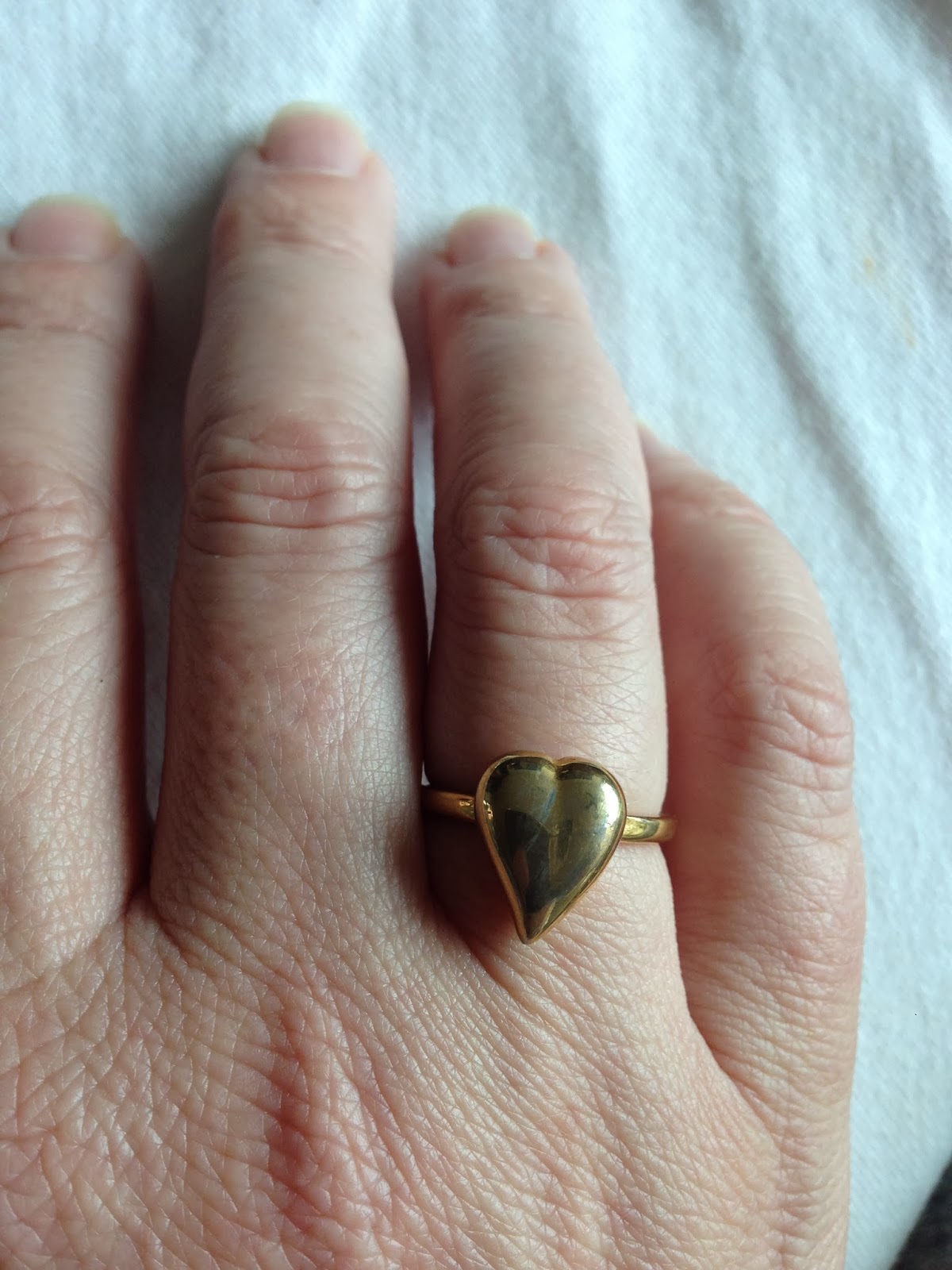 Which brings me to my last two Berrocal purchases.  I managed to win an auction of Alexandre, but sadly, there is no key that is needed to open him up.  I can't wait to get one because he has not one, but NINE rings inside.  All I can show you is Himself in his solved state.  Once I get that key, expect  blog  post on him.  Alexandre is relatively new coming out in 1976. 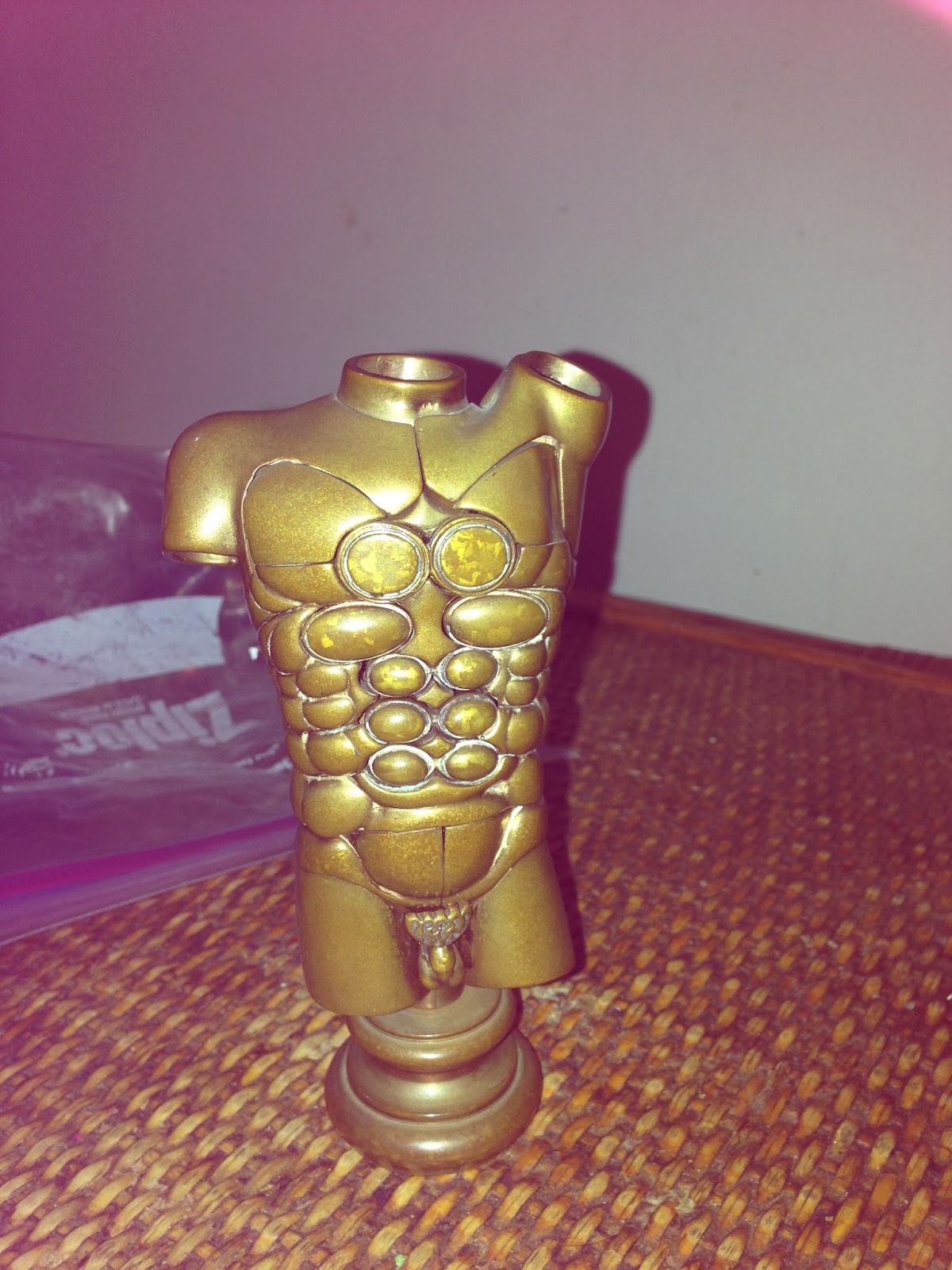 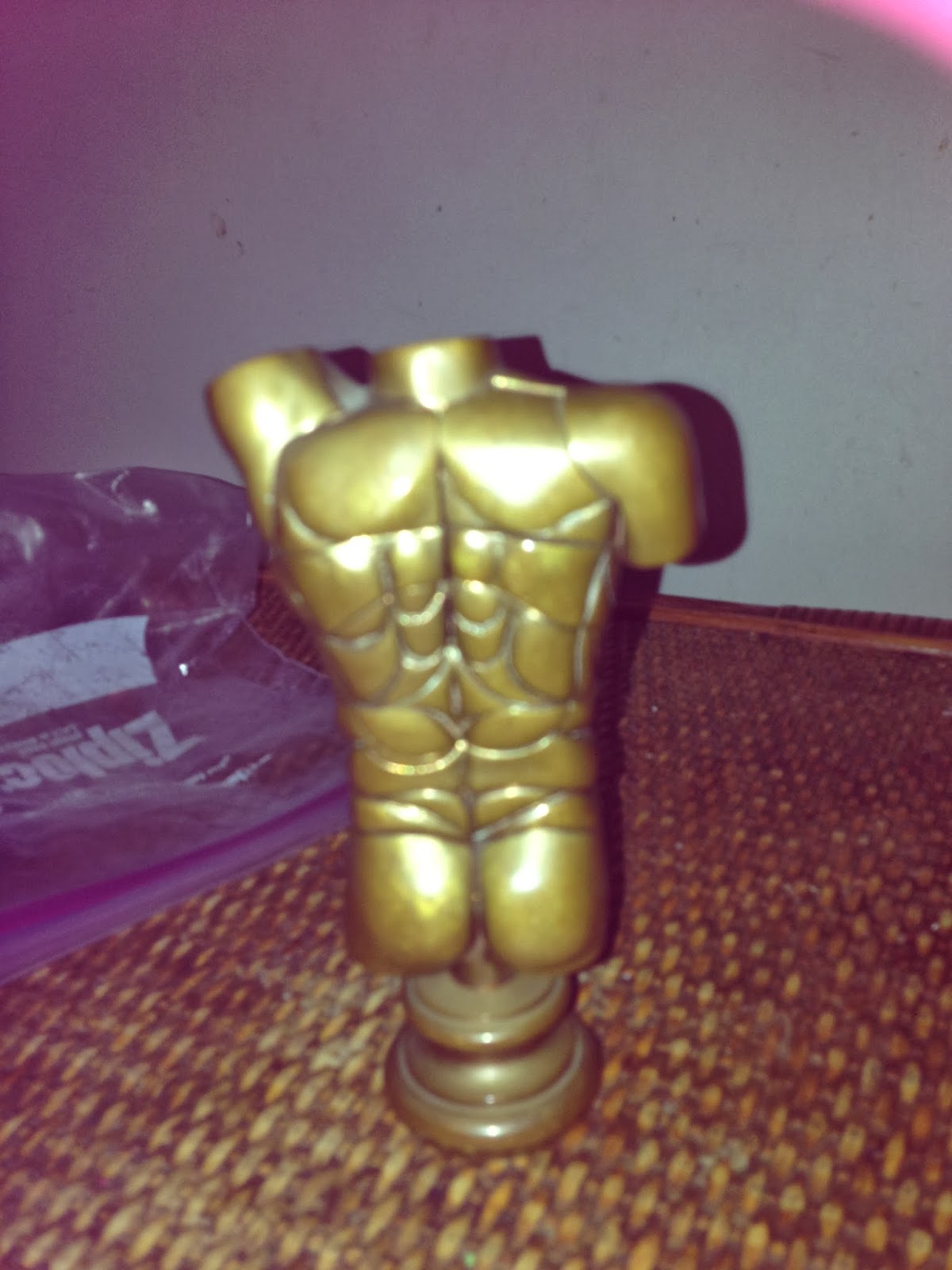 The final purchase has made me most happy.  Again, it is an auction win.  This one I placed a bid on and went to sleep.  At the end of the day, she's just slightly more expensive than Alexandre and is now being packaged and shipped to me.  I can only give you photos from the auction house.  I eagerly await her coming home to me.  And for those of you going to IPP.  Well, you can expect to see me sporting her next August.  ManyMoreHorses was released in 1982. 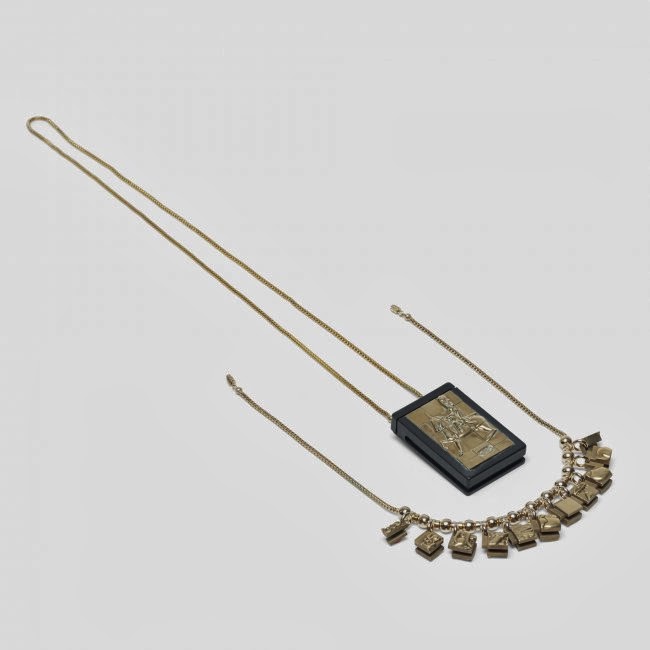 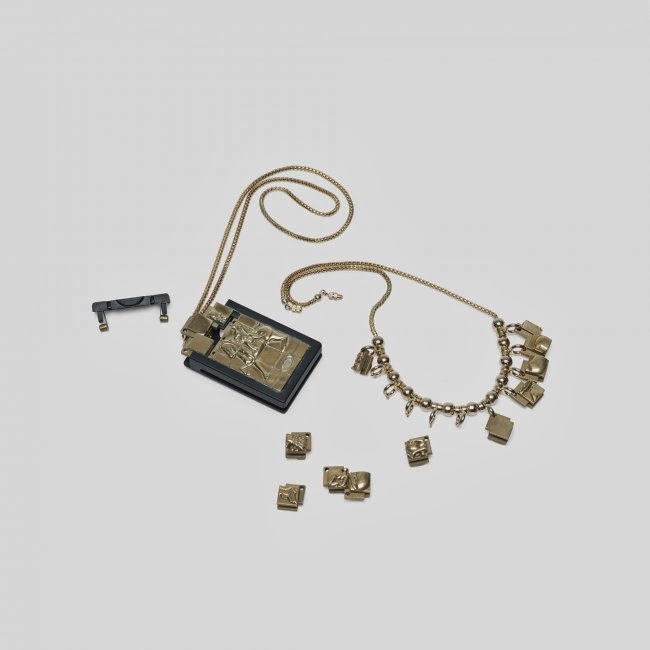 I leave you with a final photo of all my toys.  2 years and 2 months later, I have found the full set.  Next up?  Manolete or Romeo and Juliette... 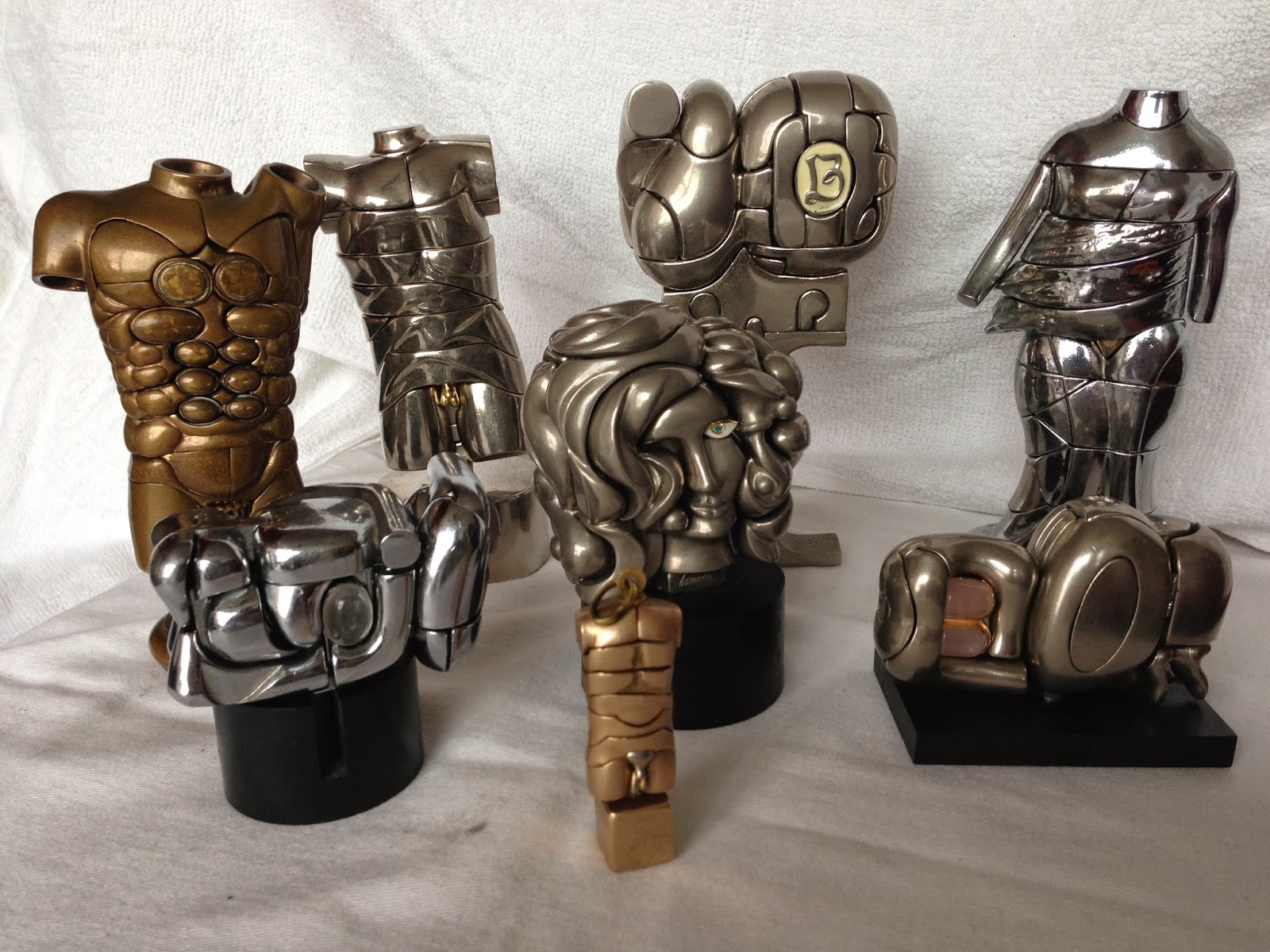