Wishing you all heart felt wishes for the day. 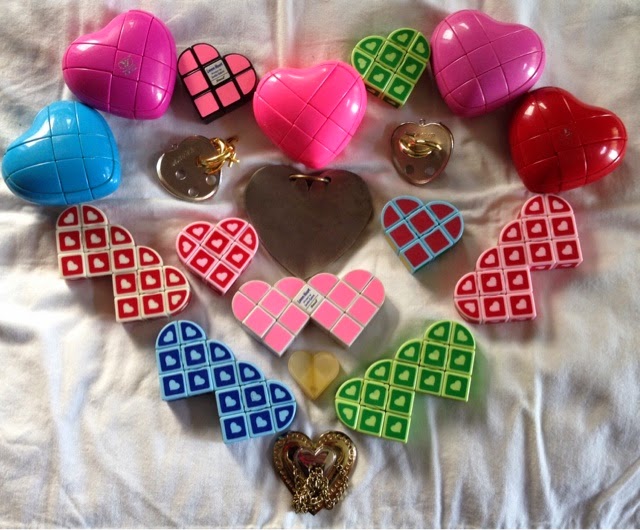 Posted by Roxanne Miller at 10:50 PM No comments:

Back in November when we went to GZ to visit with Ron and Hanneke AJ mentioned to me that he was running the HK marathon in January.  As I was too, I invited him to stay with us for the weekend.  Hotels here are a bit pricey, and we have a sofa so why not save a bit of money?  AJ readily agreed and that was that. 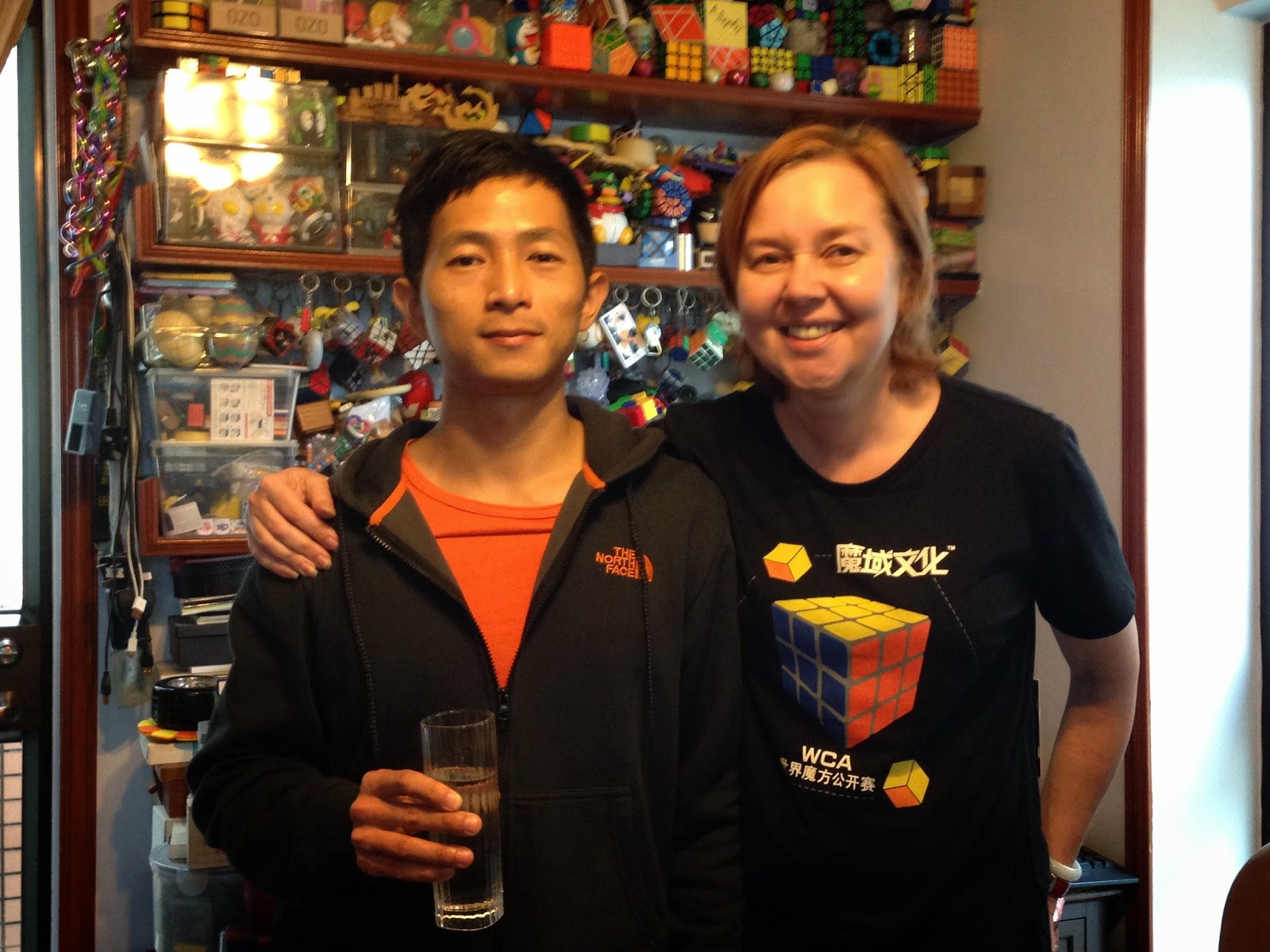 Fast forward to the 24th of January and i got a call asking me to come pick him up.  We had a quick lunch then ran off to pick up AJ's race number.  From there, we headed back to my house which AJ aptly renamed "The Puzzle Hotel".  As it was still very early in the day, we headed into my bedroom and I showed him a few toys.  Of course we had to take the obligatory photo in front of my wall of shame.... 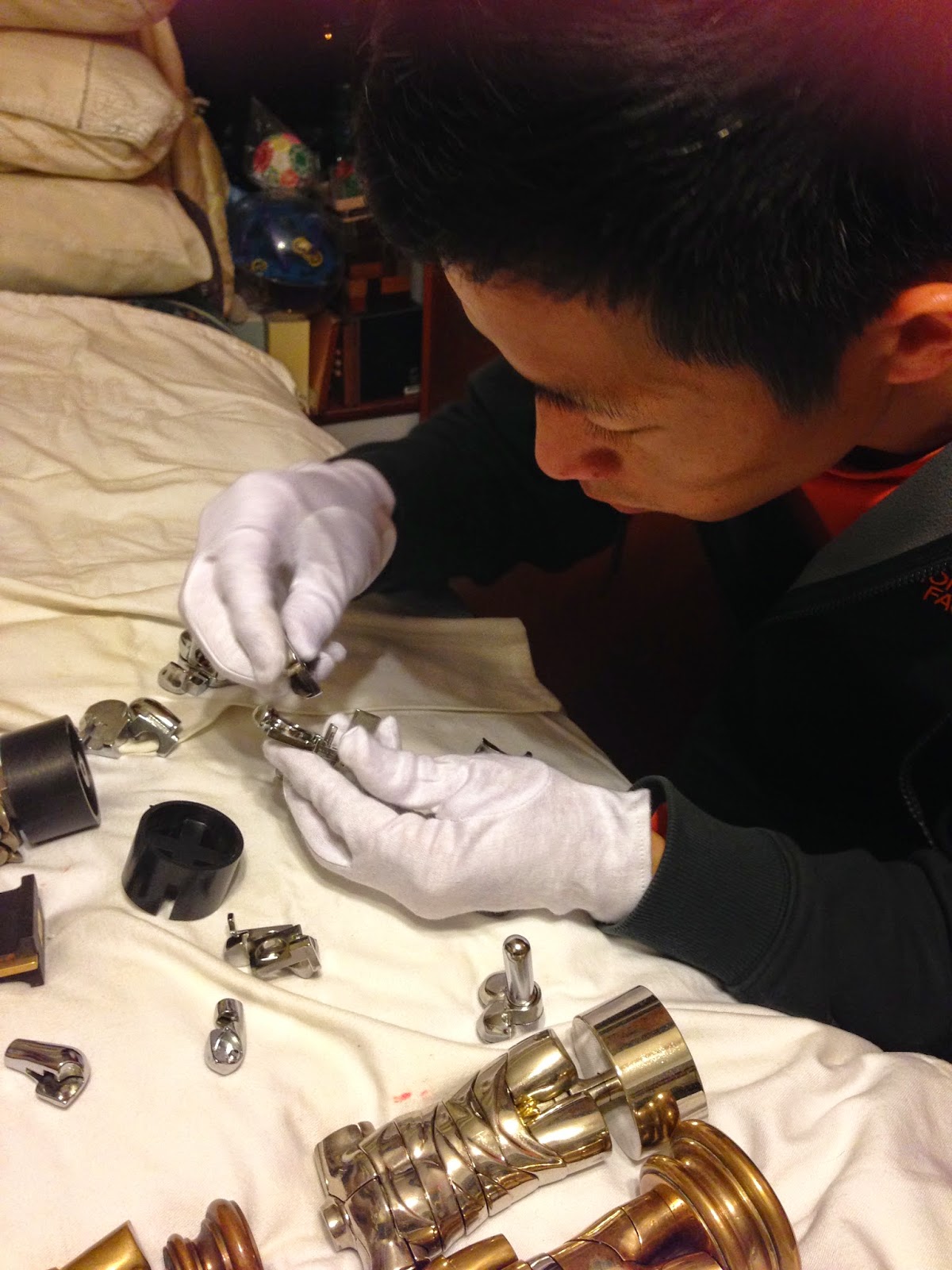 Aj puzzled for about 3 hours, and I just kept pulling down one toy after another that he simply had to see. Most of which were of course Twisty Puzzles.  I have quite a few that are a bit uncommon and even more that are fairly rare.   Of course I also had to have him take a look at my pride and joys and I even let him disassemble a few.  Sadly, he couldn't get Maria back together so we chucked her in a bag to bring to Otis to assemble later.  I took out my Hanayama's and showed AJ a few of the test colors, and a few of the other special pieces I have in there.

We puzzled until Mr. Man came home and then we had dinner.  I discovered that AJ likes packing and tray puzzles, and pulled a bunch out for him to try.  Around 11 I chased everyone to bed because we had a little jog to get up or in the morning. 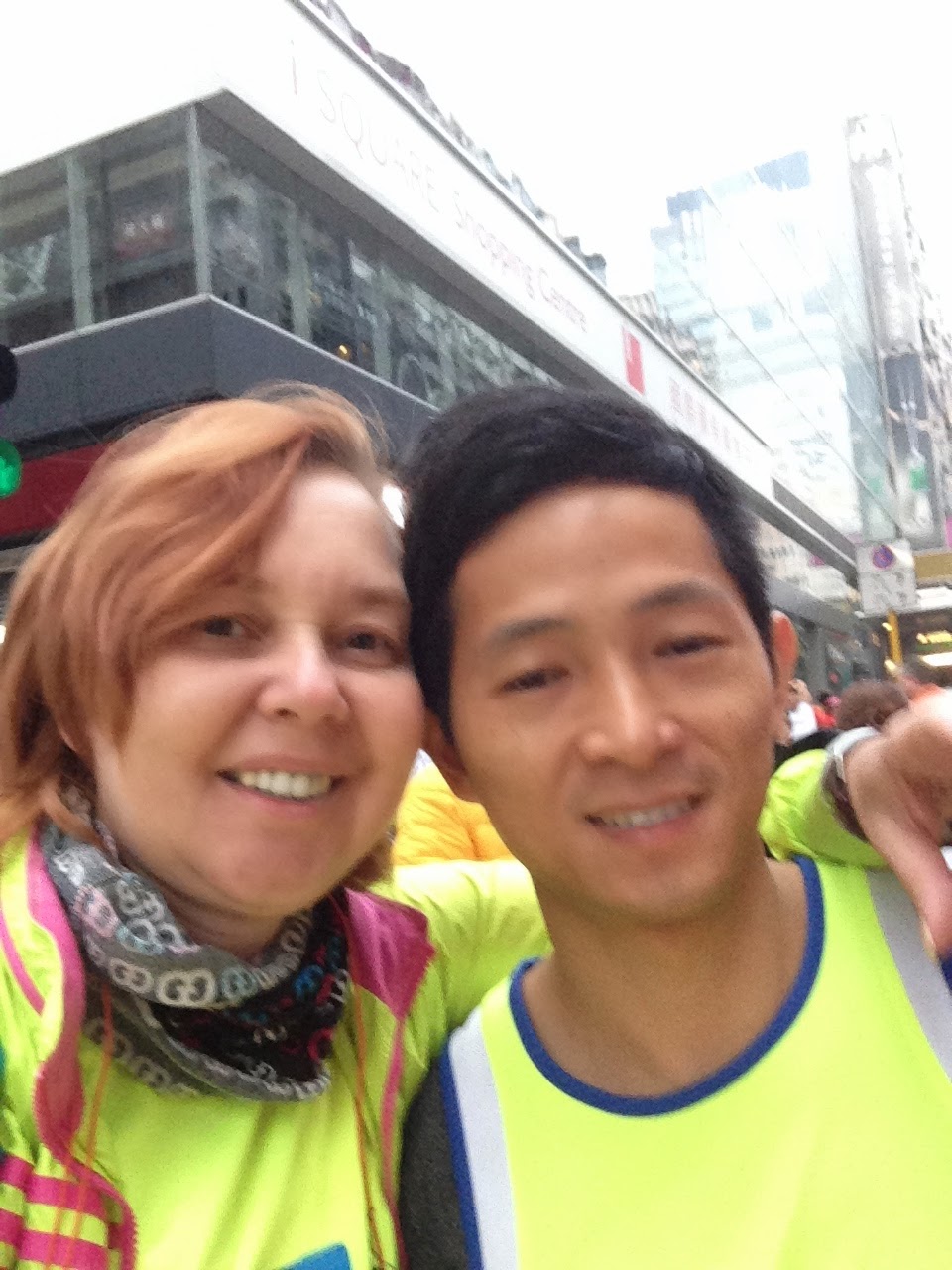 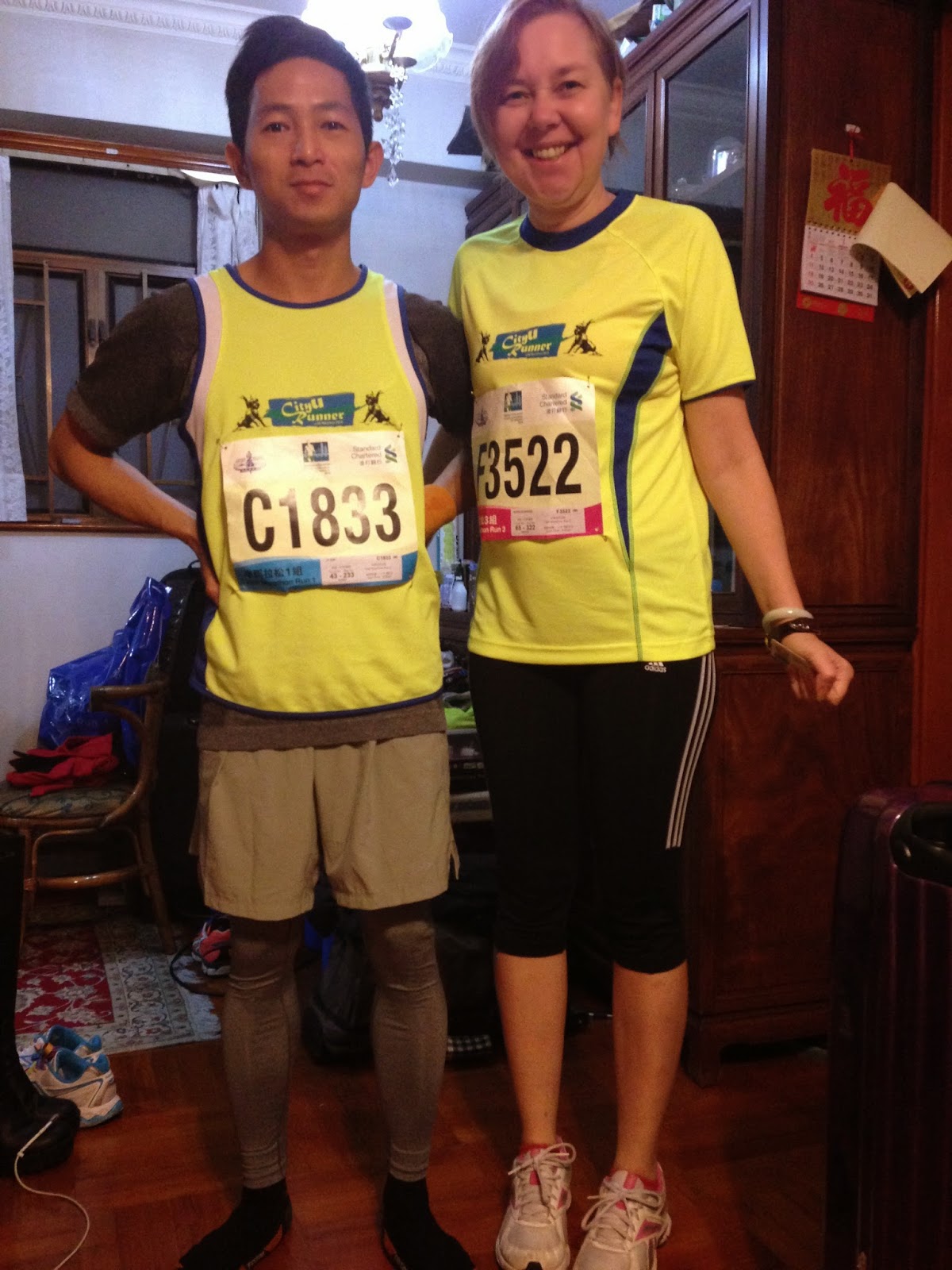 We woke at 6:00 to get ready.  Lucky for us, Mr. Man was awake and took a photo of the two crazy ones. AJ started at 8:00 and I started at 9:30.  He of course finished his run very quickly, while the old girl took much longer.  The night before I realized that Timur was going to be in HK and we arranged to meet up for lunch.  Thank heavens Otis is in town, because he picked Timur up and met us after the race.  I had to apologize to Timur.  I was not my usual bouncy self.  I was exhausted-three hours of running really took it out of me.  And!  I stunk! 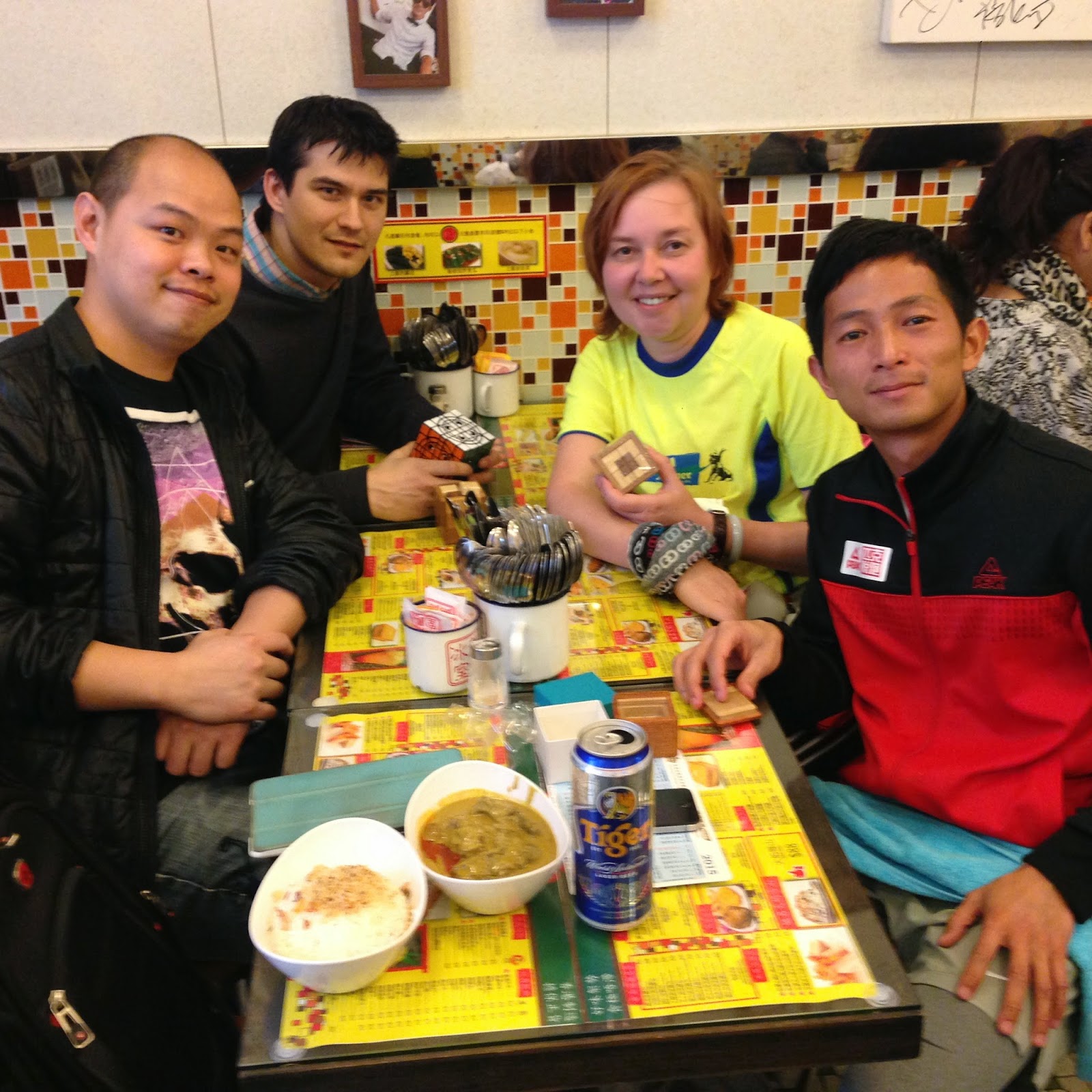 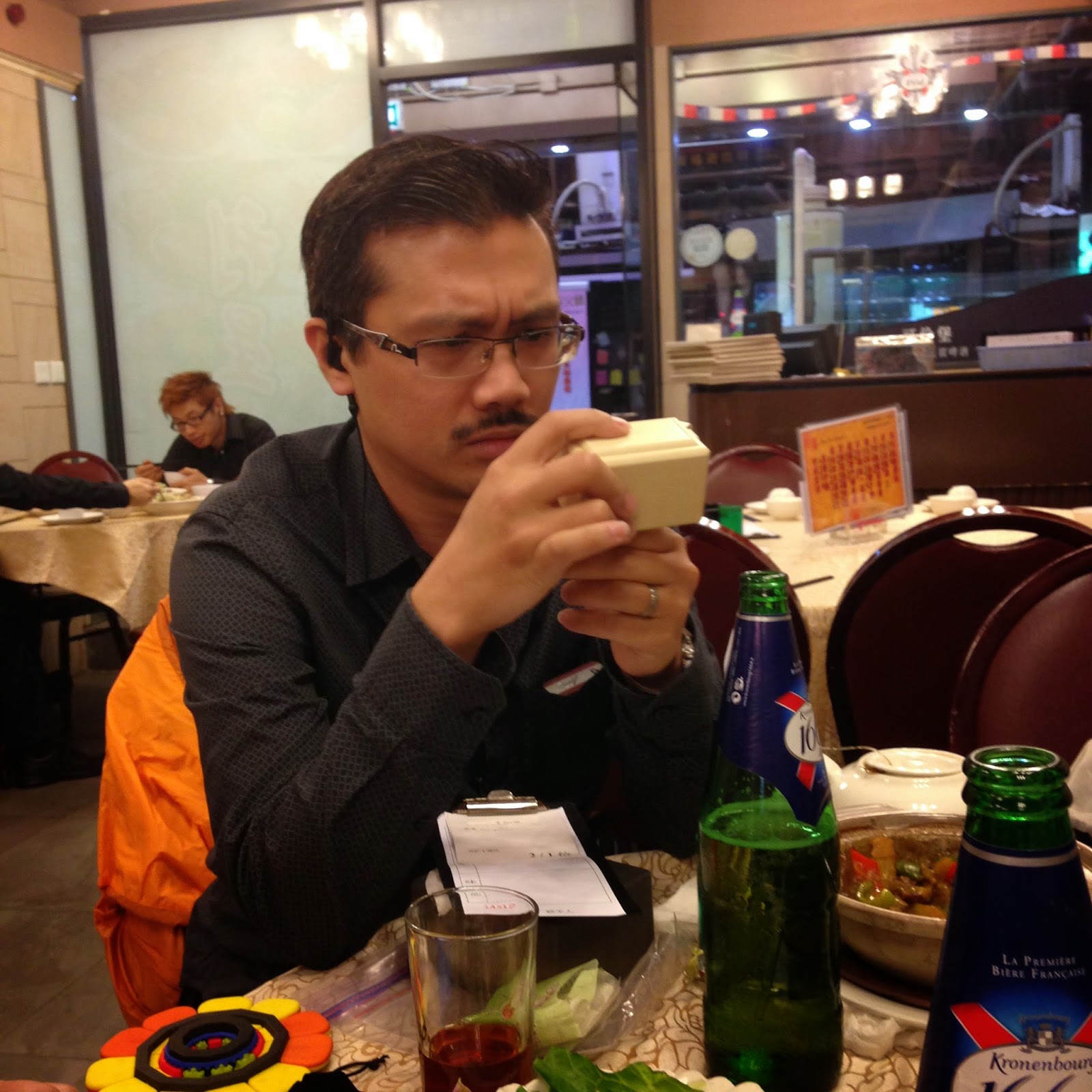 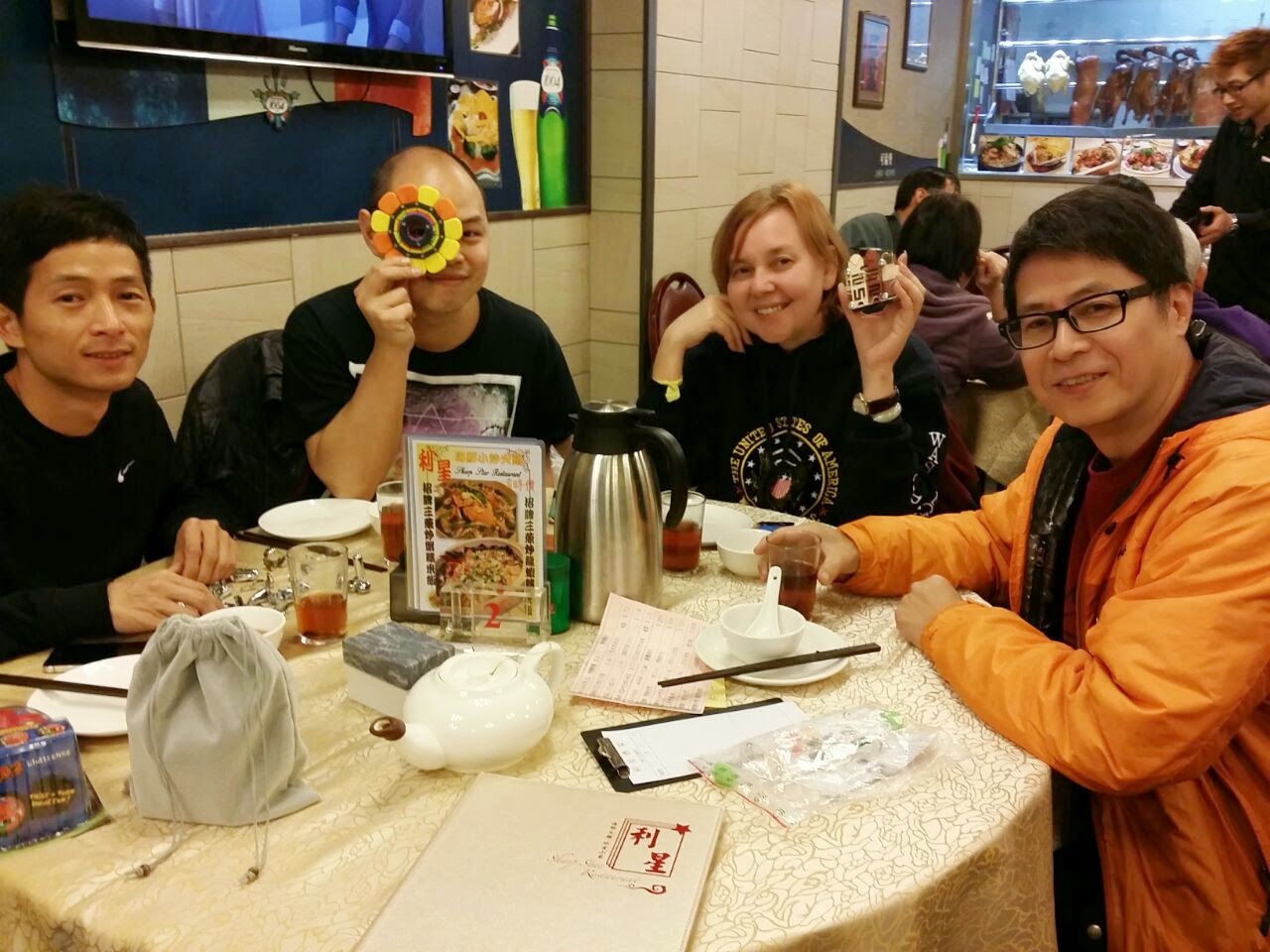 We met in WanChi and had a local lunch.  Puzzled a bit and just enjoyed the company.  Timur needed to buy some gifts for his nieces and nephews so we took him over to the nearby toys street.  No puzzles to be found though today.  Sadly he was only in town for a few hours and we had to art company around 4 pm.  Otis took him to meet his co-workers while AJ and I headed home for a long overdue shower.  Otis later joined us at the house and some more puzzling.  We stuck around for about 2 hours then headed out to meet Michael for dinner.  As usual, we ended up in the same restaurant in Shum Shui Po.  We like the food, and the owner joins us when he has time.

Tonights dinner was just a small affair with only the four of us.  We will have a much bigger dinner next week with more of the HK puzzlers.  This one was just in honor of MY AJ being in town.

We really didn't have a lot of puzzles, but we had a lot of fun.  Otis brought a few as did I.  We had the two of them put together Maria.  And I had a good laugh at AJ's steadfast refusal to insert the key piece below. 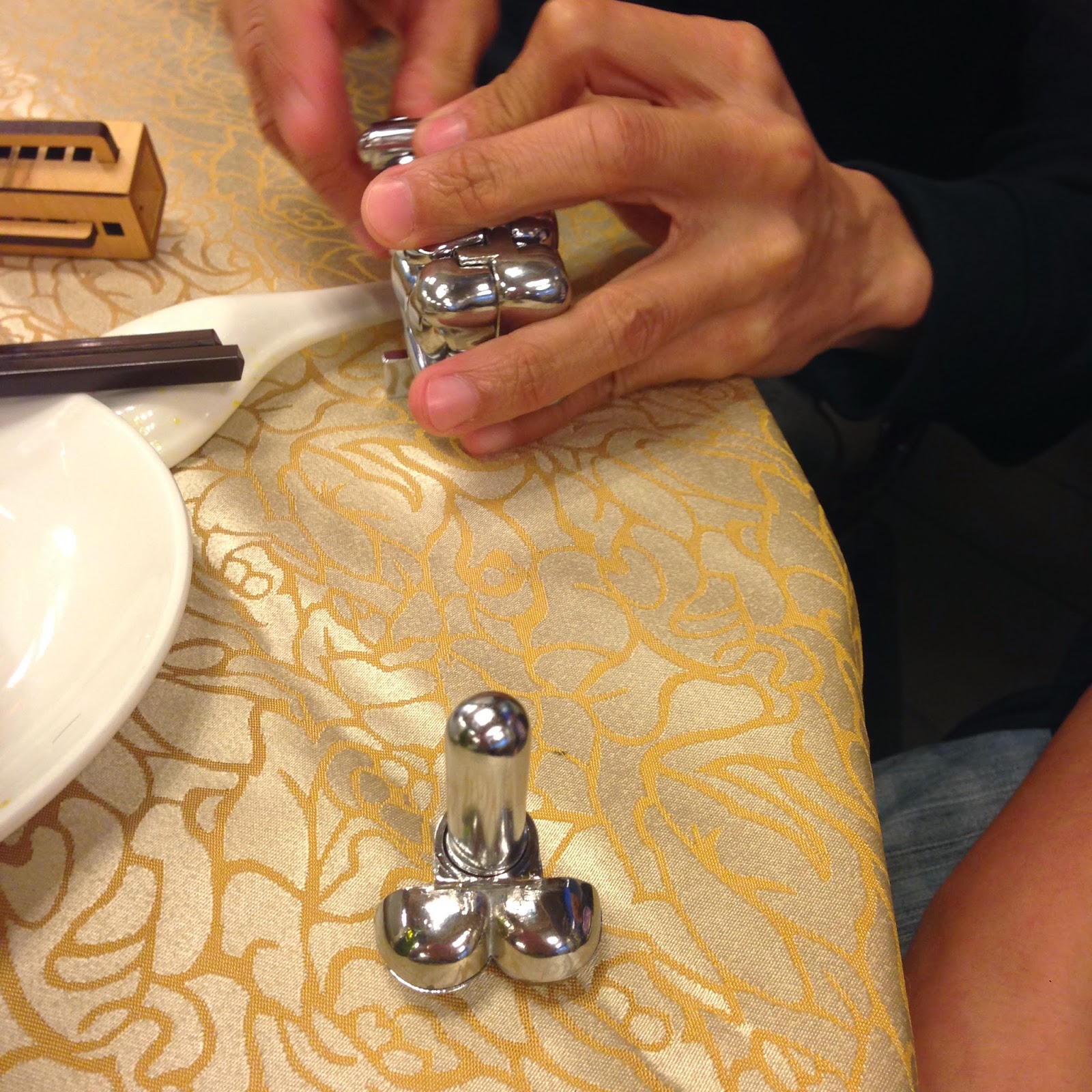 As a parting request, if anyone knows a source for the puzzle below, I would love to know.  I've had many requests for it over the years and would love to buy a gross just to be able to give them away to people,  The one pictured here is called a "Tracy puzzle"  it has a coin inside that has to be removed. 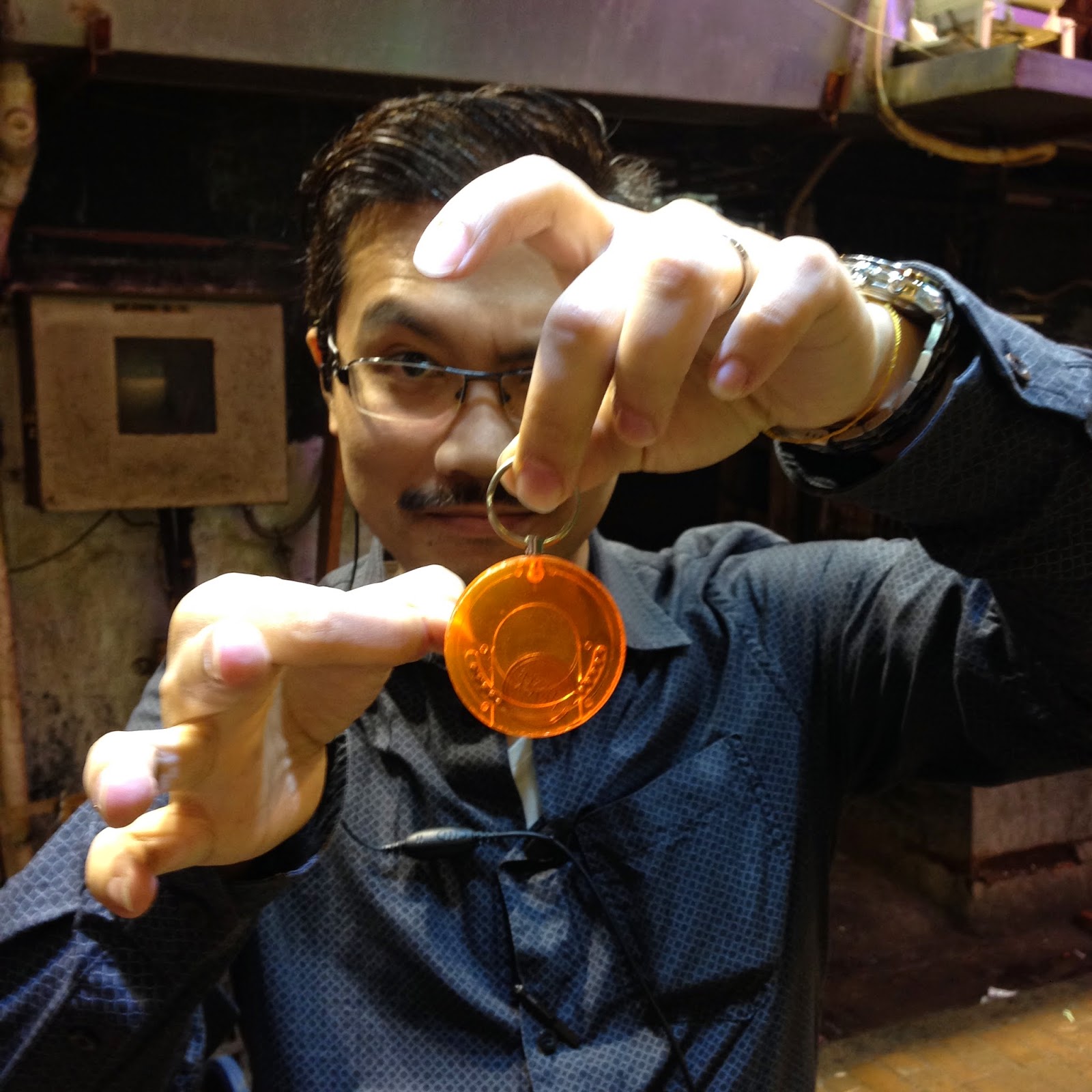 AJ and Otis wrote about the meetup over on Mf8 and you can read it there.
Posted by Roxanne Miller at 12:12 PM No comments: