I had fully intended to Blog about this puzzle a month ago but as usual life got I'm the way.

I found this one on eBay for a steal.  I'm pretty sure it's a bits n pieces version as there is no signature on it.  But then I don't remember them making this one.  If any one out there knows the source of this version I would sure love to know about it. I have looked on the web and realize that this is a Rocky Chiaro design. 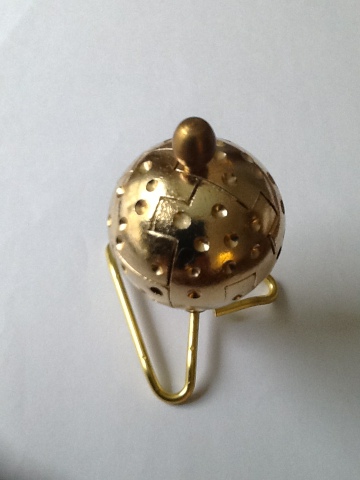 As you can see, this is a nice hearty piece of brass.  It is in the shape of a golf ball, he ss the name I'm guessing.  It has a nice little stand on it which is easily removed by simply unscrewing the top and pulling out the pin.  As you can see, the puzzle is a nice little burr that isn't overly difficult to solve.  8 pieces in total is all this little beauty holds.  It's a bit tricky because the pieces are made in such a way that you easily slide them into the wrong place. 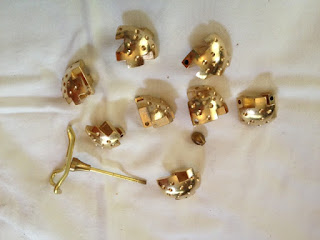 All in all it's a fun little puzzle that did manage to stump me for an hour or so.  If you can find one, I would recommend it.

Posted by Roxanne Miller at 12:11 AM No comments:

Oh my it has been so long since I've posted.  I've got a really good excuse though.  I've been working on a different type of puzzle and have been completely immersed In it (my PhD-here's hoping the bloody thing takes wingsnsoon!) and, I've been traveling again.  This time I went to Istanbul for a week and as you know, one of my self imposed requirements is that I go puzzle hunting and meet up with puzzlers.
The meeting bit didn't go off.  I did have two offers, but I'm not selfish enough to ask either gent to travel 100k and then some to come see me.  Instead, I hit the streets in search of toys.  I was to,d that I could find loads in the grand bazaar; rings, boxes, burrs...that sort of thing.  Well I must be the most unlucky person on earth because I found none of it!
I was conferencing full on, and found myself with only a half a day for sightseeing/puzzle hunting.  I headed off for some famous sites in the city and let my feet do the walking.  Down some back alley that I probably shouldn't have been on had I been thinking....I stumbled across the pleasant smell of wood.  I was mesmerized.  So much so that I forgot to pull out my camera until I made a purchase.  There was this lad sitting and just carving away on some wood!  As it turned out, he's some kind of artist who mainly makes bowls and things.  This day he was working on carving a decorative box, and when he finally noticed me, the show ended.  I was ushered into the other side if the shop and shown his wares.  He was really pushing me to purchase this collapsible bowl that he designed, but that's just not my sort of thing.
Because I enjoyed the coffee he brewed me and his little carving show, I felt bad about not making a purchase.  It took a while, but I eventually got him to understand that I was after a puzzle box.  The one below he assures me was carved by him.  It looks similar to the one I saw him whittling away on earlier and he even went so far as to tell me it was that very box!
Well, since my puzzle hunting had been a bust so far, I bought it with only one request.  A signature and a photo.  Oh wait, that's two requests.  No matter.  He obliged.
So here it is.  My 75 euro puzzle box....can you all say sucker?!?  I'm sure it was mass produced in china somewhere.  Or maybe not, it's a bit wonky on the seams, and the base movement is loose so who knows.  It doesn't matter though, I now have a "puzzle souvenir" from Turkey.
Next stop: Seoul in two weeks.  I wonder what sort of toys I can pick up there... 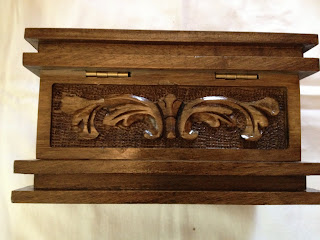 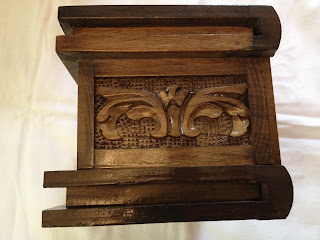 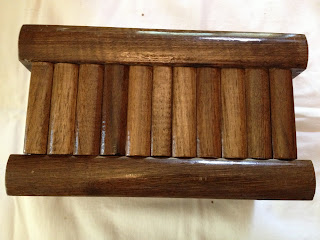 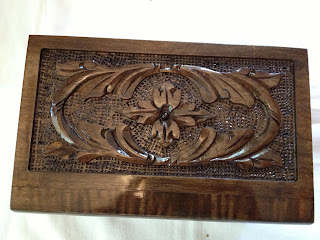 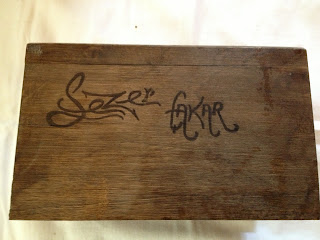 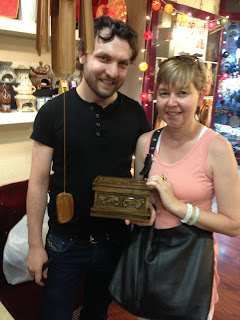 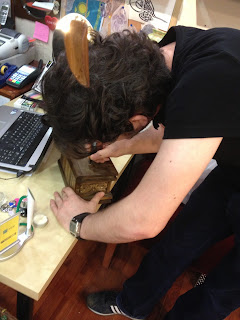 Posted by Roxanne Miller at 9:56 PM No comments: