The King of 3D printing is at it again!

George has always been a pioneer in the area of 3D printing.  His first printer was bought in 2003 after he saw an exhibition in Chicago.  Oskar called him over excitedly and told him he had to see this machine. When George got home, he bought the Stratasys Dimension printer and the rest is history.  He bought the machine and hasn't looked back.  He has often told me that that first printer cost more than I've put into my VW Beetle.  More than most people spent on a car at the time. 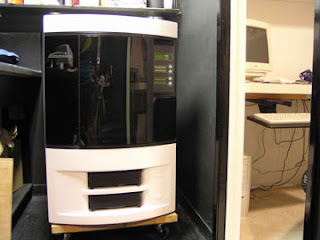 Over the years he has purchased quite a few different 3D printers.  He brought a FormLabs 2 SLA printer with him from California, I purchased him a Creality CR6 SE and a Creality 3D PrintMill (CR30) printer through Kickstarter.   We also have 2 JGMaker Artist D's on order.  His last purchase was the Ultimaker S5. 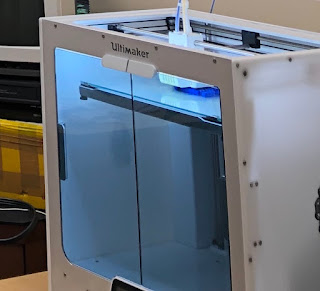 Heck, he even brought a DaVinci Nano 3D printer on a trip to Antarctica! This was later gifted to Oskar in the hopes that he would begin using a 3D printer himself.  In case you didn't know, Oskar has embraced 3D printing on his own.  He's now teaching George things.  The student now teaches the teacher. 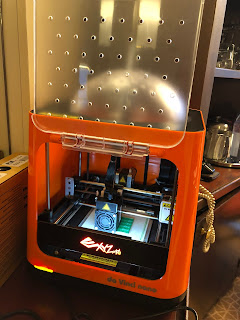 But none of these can hold a candle to what arrived on Monday.  Once again George has proven himself to be a pioneer in 3D printing.  His Fuse 1 SLS printer finally came in! GoodBye ShapeWays. It has been a very long wait.  We ordered this in June of 2017.  That is a long time.  (Although, I have been waiting longer to get my Tesla Roadster.)  George ordered this one all jazzed up and jellied out.  He added the sifter, the benches they stand on, the vacuum.  He's getting a tumbler to put in his dirty workshop.  You name it, he'll have it. 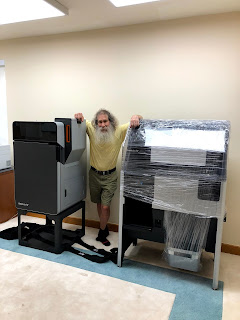 The best part of this?  Well, we get to make puzzles of course, but the company has a 1 on 1 two hour training session that we will be taking together. This way I can learn to use the printer as well.  This saves George the time it will take to train me.  He's already read the manual, and I'm now working on it.  We expect a month or so before we take those lessons because we are busy with something else right now.

I'm expecting that as soon as he really learns how to use the machine we will be in the 'business' of making 100 puzzles.  He's already calculated that our next IPP exchange will take something like 3 days to complete.  This is exciting! Can you imagine the possibilities?

Posted by Roxanne Miller at 5:57 AM