The end of the trip 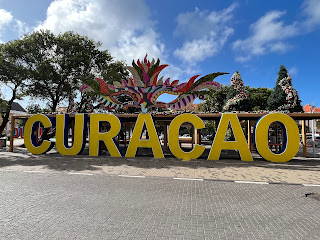 January 11th saw us in Curaçao.  We have been here three times before, so we decided to go take a walk to a toy shop.  After a long 3 mile walk and no sign of it we returned to the ship.  We got lost.  We ended up in a neighbor hood that was no were near what the cruise port area looks like, and I have a feeling that the entire island is nothing like where the ships dock.

The only thing that remained the same was the colorful houses. 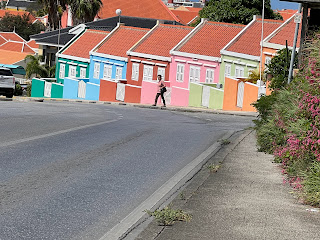 The rest was very different.  The one thing that surprised me was the bars on everything.  Stores, homes, you name it.  They either had all the windows and doors barred up, or there was barbed wire everywhere.  Not at all what we see in the cruise area. 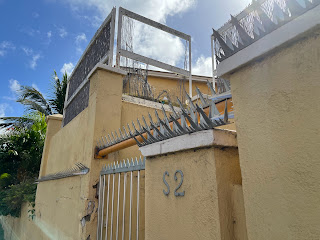 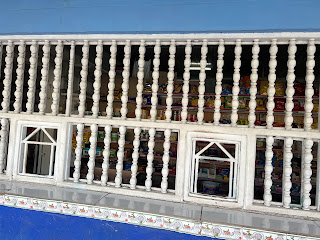 I guess the place just caters to tourists.  Therefore, the best place to be is the modern shops at the terminal.  Oh and the Elizabeth Bridge. That is worth seeing, especially when it is moving. Sadly, on this trip it stayed in place. 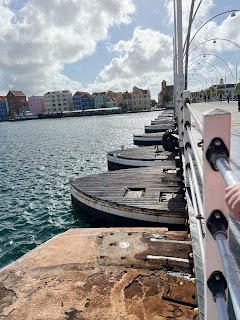 The graffiti and the sculptures we saw were awesome! 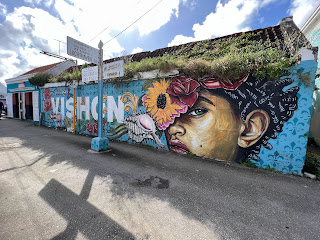 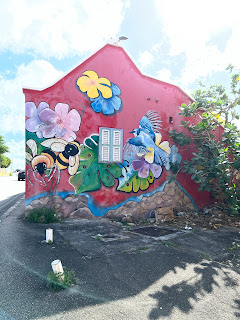 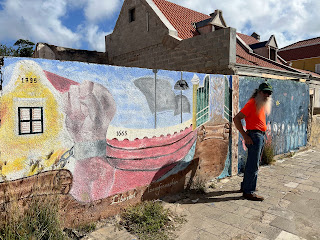 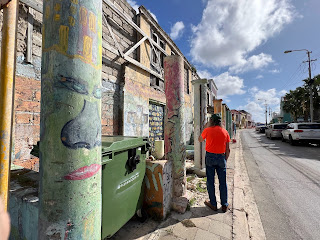 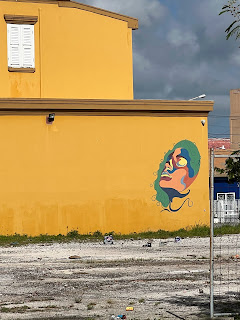 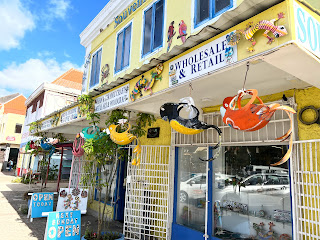 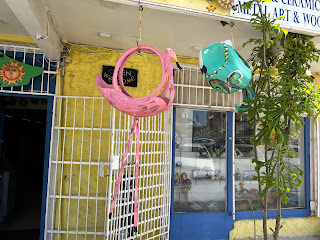 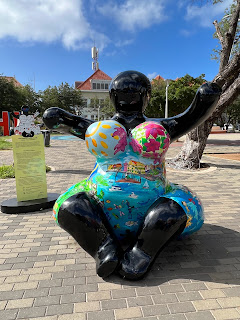 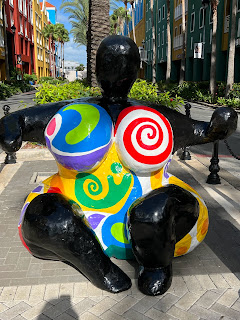 When we got back to the ship we were exhausted and thirsty.  We headed straight up to the juice bar and grabbed a drink and an apple.  After we returned to the cabin and I worked a bit on the pirate, but the poor instructions and missing pieces caused me great frustration.  I put it away and decided to switch to a starfish to build my confidence back up.  1/2 hour later it was finished.  Confidence back. 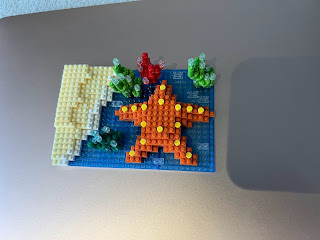 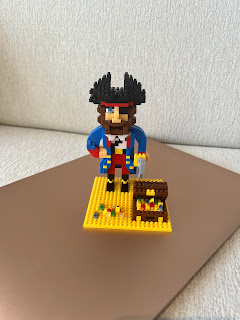 The next day we were again in Aruba. 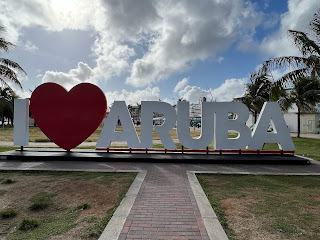 We had a good laugh about being almost jailed here last trip and the memory of the dives we took was strong.  Oh how I wish we would have brought along our gear.  Instead, we went on a toy shop walk.  This was fun, and while we didn't find any puzzles, we did find a few lego sets that I wanted.   Yes, I'm enjoying a new hobby and wait till you see what I have planned...

I did catch a set of lock hearts that thrilled me.  I especially like the one with the end date. 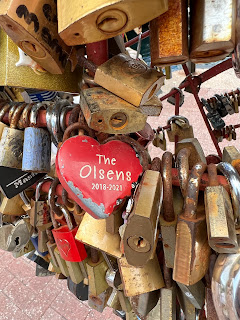 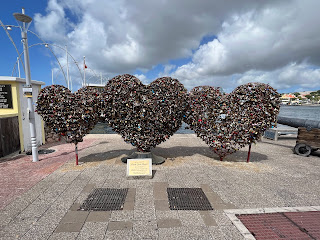 We wandered around the island for a few hours, but since it was the same as last time, again we returned to the ship and I began working on a seahorse.  Nothing new here.  Same old stuff.  We did play a game in the afternoon before heading to dinner in Tamarind again. 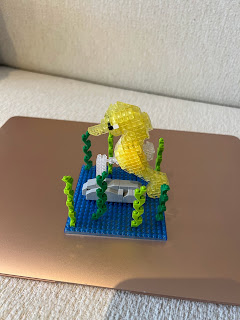 The 12th was a sea day.  George played Leisure Suit Larry again while I hunted puzzles and sent out emails to friends about our next trip.  Stay tuned to see what we are up to next.

The last day on the ship we returned to the private fake island. George and I were fooled the first time, but not again.  We decided to stay on the ship for the day, play a few games, watch come movies, finish a nanoblock or two...same as any other sea day. 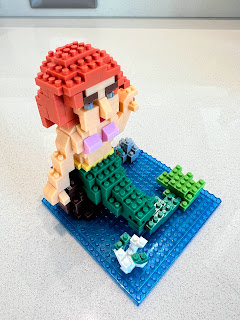 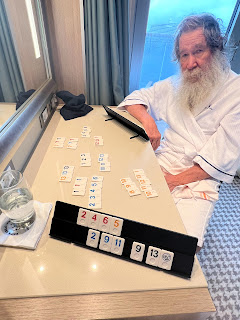 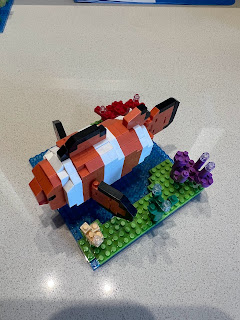 I later found out that we made the right decision. Apparently there was some cockup with the ferry service and people were waiting upwards of two hours to get off the ship-only to have it start raining when they landed.

We sailed back to Ft. Lauderdale under slightly rough seas.  When we landed, I only had shorts and a t-shirt. The temperature? 48 F.  As soon as we got out of the terminal I opened a suitcase, grabbed my jacket and a pair of jeans and put them on.  Our daughter picked us up and I drove us back home.  Another nice holiday is over.  Fino alla prossima settimana, arrivaderci e continua a rompicapo.

Posted by Roxanne Miller at 5:58 PM