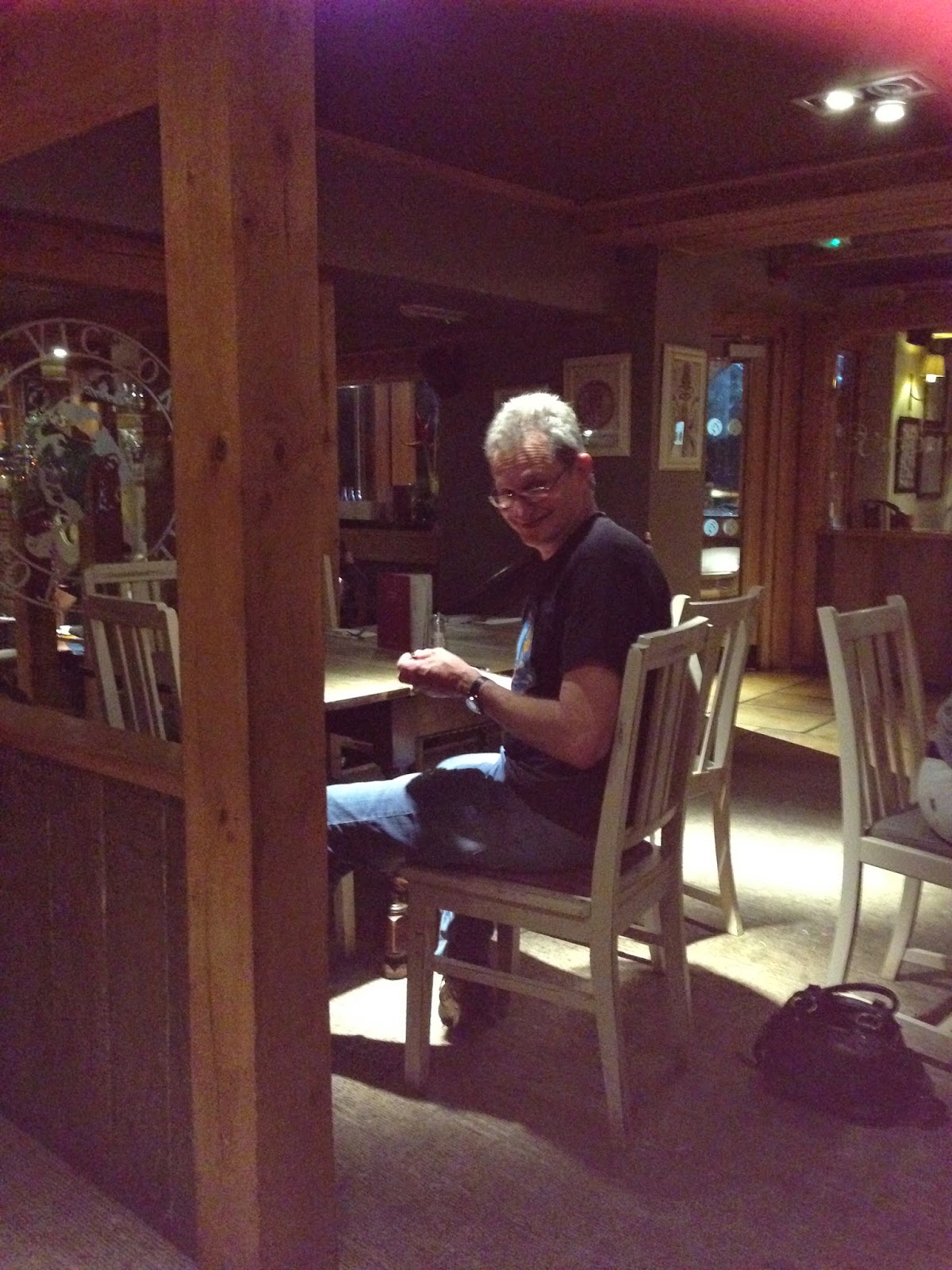 I landed around 3 pm, flew through the airport to immigration and baggage claim.  That took ages to get through.  Luckily I fancy myself a bit of a runner and my legs flew through the crowds before they really lined up.  As it was, I waited 45 minutes to go through.  I had to laugh, the officer didn't believe I was there for a puzzle party but took "convention" as a given.  He also had a few questions about my frequent trips in to China and other Asian countries. Try explaining that away-3/4 of a passport filled with visas for heavy drug riddled countries.  The officer even joked about it, but I'm so dull and boring that I went into a bit about being an academic and began to describe my work....He waved me through and off it was to meet my friend.

After a long 3 hour drive to Warwick, I checked into the B&B for the night and headed down to a local pub to meet up with a few friends.  Jim and Susan Strayer, Brian and Sue Young, Otis Cheng, and Jeffrey Aurand were all there.  How strange I don't have a photo of us.  At one point, Brian was banished to a corner.  He must have been Brian again.

Dinner of Fish and Chips and mint(!) mushy peas followed by a beer and a half and I was back to form. Sadly jet lag set in early and it was back to the B&B for a good nights sleep.  The next morning I needed to rise early for MPP! And that post will be coming soon....

Posted by Roxanne Miller at 8:09 PM