I had hoped this day would never come.  This past April I lost one of my dearest friends in not only the puzzle world, but in every day life.  Sadly on 30 April I was notified that my dear friend Uwe Meffert passed away.  He was surrounded by his children, Michelle, Andrew, and Ulrich. His loving wife Jing was with him as well.

My friendship with Uwe began when I was only 13 years old.  At the time, I joined his "puzzle club".  At this time, all correspondence was done via the postal service, and I diligently saved up my birthday, Christmas, and yard chore money and sent off for a few puzzles.    Sadly, they never arrived.  And this was the start of our long lasting friendship. 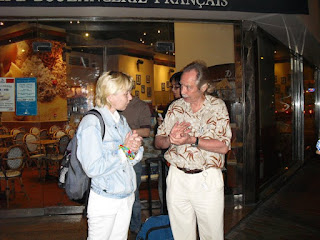 I emailed him quite a few times and to my surprise, Uwe responded.  We spent quite a few years sending letters through the post to each other.  Me to get my puzzles from him and him to assure me that one day I would.  He kept his promise to that 13 year old girl.  In time I received every puzzle I purchased, and then some. 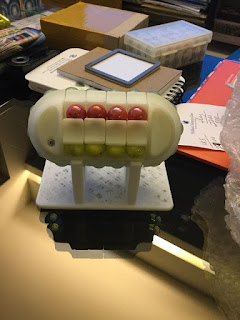 Fast forward to 1994 and I moved to Hong Kong. My ex-husband couldn’t stand that I was just studying and told me I had to get a job.  I applied at Victoria International Kindergarten in South Horizons and got the job.  His son Ulrich brought a few puzzles to the kindergarten as they lived right above us. Around the same time, I found Meffert’s puzzles on the internet and after work one evening I went over to his Aberdeen office.  This as it turned out was to be the start of a very long friendship.

Over the years, I met with Uwe on more than one occasion, usually at the Hong Kong Toys and Games Fair or at his office. But it wasn’t really until Calvin opened his puzzle shop in 2008 that our friendship really took off.  Calvin made a fuss over Uwe as expected, and I remember some of his customers that day dismissing me and telling me this was for a puzzle shop opening.  Nothing I would know anything about.  When we came around the corner, both Uwe and Jing stood up and hugged the bug and me.  Surprise!  We already knew each other. 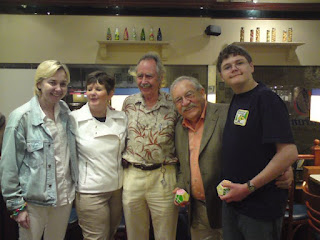 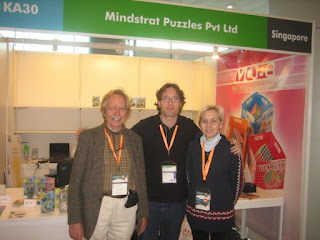 After this time, Uwe and I became closer.  Our friendship started because of puzzles, but blossomed into one of parent and child, one of best friends. After this time, we would usually meet on a weekly basis for dinner or lunch to talk about new puzzles that he had coming out. His favorite place was Deli France in Wan Chi.  We met in the corner booth so frequently and ate the same salmon sandwich that we became known.

Uwe became my confidant over the years and I was his eyes and ears into the puzzle world.  Anything new coming out, I new about it before anyone else.  My secrecy allowed me to get into his storage facility on more than one occasion.  If Meffert’s was making it, I knew.  And I never told anyone. 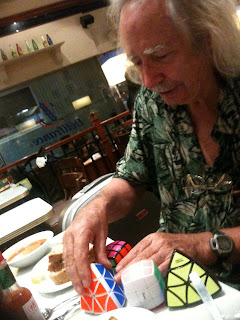 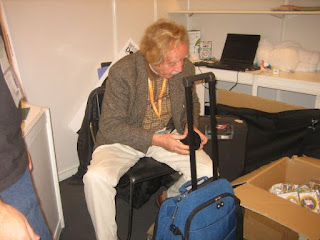 One of my favorite memories of Uwe was when we went on a 100K hike across Shenzhen.  We hiked for almost 24 hours to finish. Around 50km, we lay down on a lawn and took a short nap together so we could carry on.  By this time, it was around midnight and we were exhausted.  At 65 km, over rough terrain, I twisted my knee.  This in turn caused hip pain and when we got to the first aid station I had them look at me.  Uwe was right as rain and eager to carry on.  The paramedics had some wonderful spray that froze the muscles and then they sprayed on a hot spray that needed to be rubbed in.  They refused to do it because I was a female. 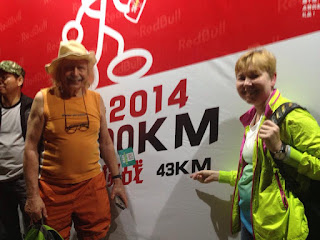 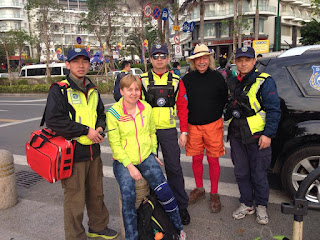 In true Uwe fashion, he told them rather firmly "If my daughter wants her ass rubbed, rub her ass!"  10 minutes later, we called Jing and she came and rescued me as they wouldn’t let me finish.  I spent the rest of the day sleeping off a very long walk while awaiting Uwe’s return.

More years passed as did a lot more meetings and trips across the border for puzzle parties.  He listened to me when I cried.  He told me to go with what is best for me.  I’ve never had better advice. 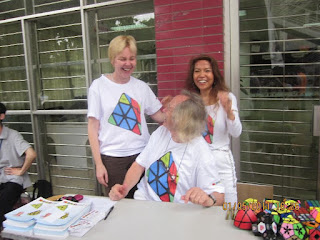 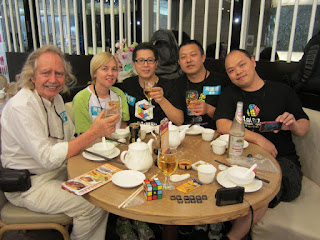 Uwe and Jing befriended George as well. They embraced our relationship and even though we were married to other people in the beginning, they did not hold this against us.  I really enjoyed going to the factories with Uwe.  We attended many cubing competitions in China together. 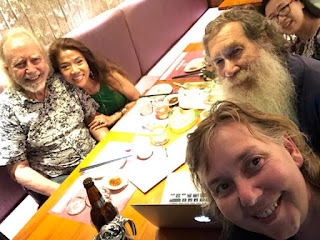 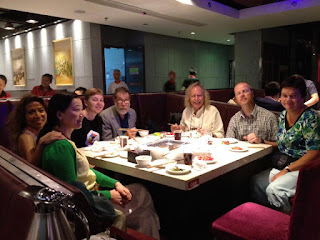 I can go on and on about how he’s a wonderful man, but I believe that everyone reading this already knows that.  I feel honored to have spent so much time with Uwe. I’m a better person for having had a close friendship with him.

I have every confidence that Ulrich will maintain the Meffert's puzzle brand for years to come.  He's been groomed well and even though he can't fill Uwe's rather large shoes, I know he will come rather close. After all, with a personality like Uwe's, no one can compare.

May god watcher his soul.  He will be missed.  I love you my friend.  Until we meet again… 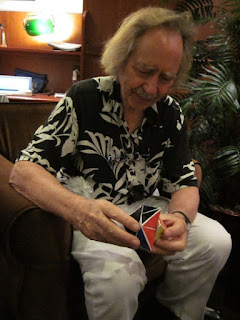 Posted by Roxanne Miller at 9:56 AM