Monday night was so much fun that I slept away Tuesday.  I know I should have gone back over to the fair, but I honestly think we walked the whole of it on Monday.  My poor head hurt so much that the only thing I could do was sleep it off.

I picked up Hendrik around 6:00 at night and we headed out to meet Michael.  Our initial plan was to go to the peak to see the views, but the sky was so overcast that Michael suggested we give it a miss.

On the way to meet Michael, Hendrik and I found a toys hop that I'd never seen before.  We went inside and walked out with a few mini back spins.

Once we met Michael, we took the ferry across the Barbour and took a walk along the avenue of the stars.  Another touristy thing to do, but there are some beautiful lights in my city so I just had to. 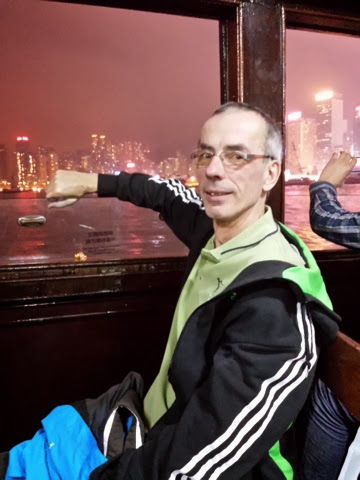 After a walk for an hour or so we headed out to the temple street night market.  I know there's a guy there who sells puzzle locks, cricket boxes and a few cheap puzzles.  Sadly it was a bust, but we yet again took some great photos. 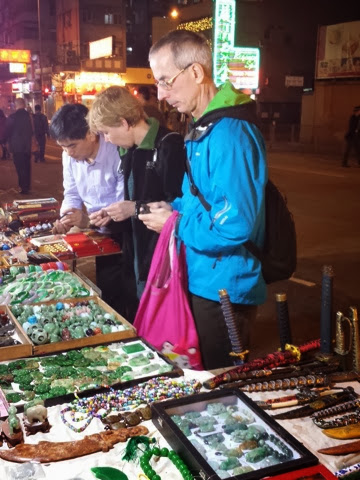 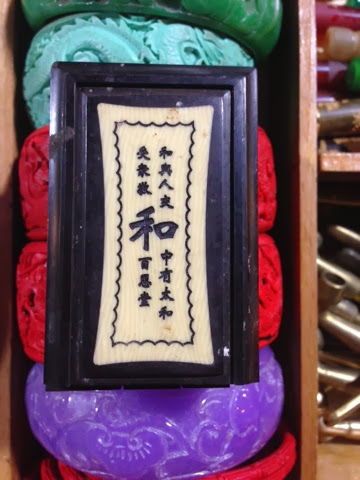 Since Hendrik and I hadn't eaten yet, we headed back to TST for some Italian and a bit of puzzling chat.  I was still feeling pretty hungover from the night before so I of course ordered a beer.  That did the trick.  The restraunt got terribly loud so we left and went to the square to order a beer in one of my favorite haunts and puzzle some more. 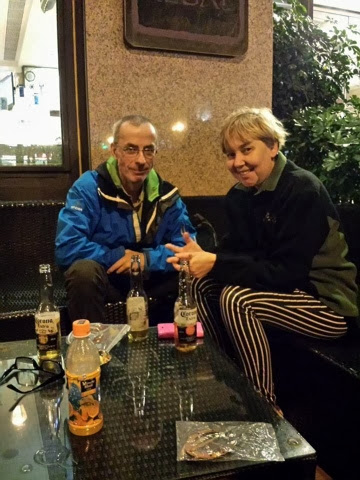 Hendrik pulled out 4 puzzles that just tickled us.  Two of which are new takes on old puzzles, a coin safe trick opening box, and a horseshoe that proved surprisingly difficult to solve.

We stayed out only till midnight because let's face it, were a bit older than we used to be and jäger with a beer chaser the night before was bad news.  Michael took Hendrik back to his hotel and I promised to meet up again in the morning for another day of puzzle hunting and more fun.
Posted by Roxanne Miller at 5:00 PM