So this moning found is having breakfast with louis, Laurie, Ron, jan, and others. A short walk later and we were in the hotel lobby. As with every other IPP, there were people aplenty. Bug was shown a number of string tricks-think cats in the cradle-by Brett's dad and something with a cup. I Sussed out the cork screws and feel pretty clever now. Then while bug was learning tricks I handed over my phone so Wil could do some Internet thing and gave Neil and 'the other' a hug. I was grabbed by Pavel to work a new Genre of puzzle (not nearly as dull as the genre I know and love) I loved it! Played right into the word play I regularly enjoy.
We had good intentions when we woke at 7 to do our shopping and hit the zoo before friends came in, but here it is noon and we are just now leaving. Im off to do some drug shopping and then it's the zoo for us today.

Back later for registration and more puzzling the night away if I can keep awake. Jetlag sucks! Ah yes, and before I forget, these posts come to you via tiny phone keyboard so forgive the typos please.

And here are a few in the lobby 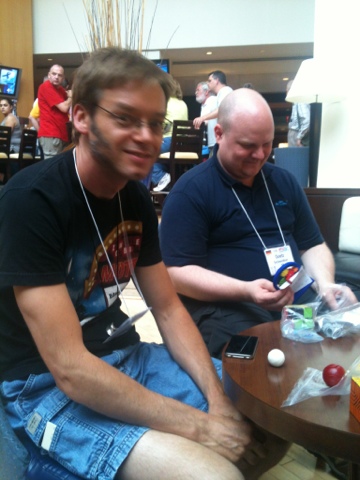 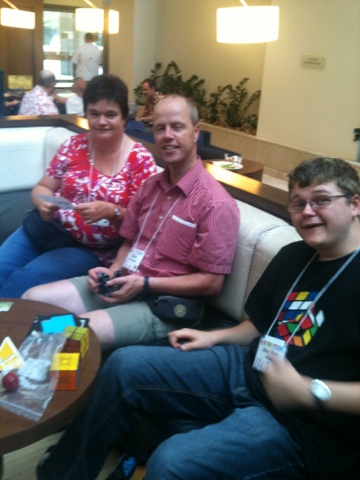 Posted by Roxanne Miller at 6:37 PM