On my way to IPP!

By the time this is up bug and I will be winging our way across the world to yet another International Puzzle Party.  It doesn't get any better than this now does it.  Loads of friends, great conversation, good food and drink, and of course lots and lots of puzzles.

This year I am especially thrilled because my exchange puzzle was designed by none other than myself.  Yes, you heard that right folks, I had an idea!  Shocked aren't you?  Go on, admit it.  Rox isn't one to design anything more difficult than a lesson plan and half the time she doesn't even do that. 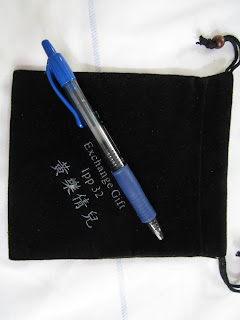 
I will be honest though and tell you that I got a great deal of help from my friend Mr. Fok over at Mf8.  He is amazing.  I described what I wanted because I was quite frankly ashamed of my prototype, but that didn't stop him.  With my bad Cantonese and some help from Smaz the translator we got it together.  He later added an extra bit that just tickles me and we are in business.  Of course, the puzzle was made in China, but that doesn't make it any less appealing for me.


I'll post photos of it after the exchange.  If any are interested, I have some left over and will be offering them up for sale later on.


So now I'm abut to get on a plane and head out for the first 7 hour flight.  A couple of hours of layover for me to run around an airport trying to find yet more puzzles (probably a rubik's cube with a city theme) and then another 13 hours before I hit my destination.


See you all from IPP!
Posted by Roxanne Miller at 1:00 PM