I know everyone else took off for New York or other parts of the world on Monday. Bug and I stuck around until Wednesday evening.  Monday was a day for us to finally take in the zoo after saying good bye to my exchange partner and his dad.  I can't thank both of them enough for all they did for us.  Marc especially.  Bug had a wonderful time palling with you-she hasn't stopped talking about it.  That doesn't mean she didn't enjoy the time with all the ladies.  She thought they were soooo much cooler than mom.  It was a really great IPP.  She got her Six Flags trip in on Tuesday and Wednesday was a last minute rush to the other monuments and places we didn't see.

After we spent 14 hours in Doha we finally made the flight homeward.  What a mess that was.  At the airport I tried getting an earlier flight but they were all booked up.  So the next best thing is to check into the hotel right?  Sorry-only for first class passengers.  WHAT!!! Oh well, bug found a ball pool and we played for 7 hours of it. Me?  I puzzled.  I think my earlier post tells the one I attempted.  I then managed to get her to calm down a bit and eat something. (more frozen yogurt)

The first 5 hours of the flight were uneventful.  Smooth sailing if you will.  The only problem was the in-flight entertainment didn't work in our seats, but when you have puzzles, who needs movies?  I worked for quite some time on that Lean 2 before giving up and moving on to something a bit more my speed.  I got a set of dovetail puzzles from Eric Fuller and had a go at them.  Nice little things.  Once you work out the trick that is.  The first one solved like walking and I'll give you no more than that.  The first was solved within 1/2 an hour.  the others took me a bit longer.  But I'm glad I had them.

The last 3 hours of the flight was flying through a typhoon.  We picked up the remnants of the one that hit HK the night before as we entered Laos and it stayed with us through Vietnam. The cabin crew was wonderful though.  I asked if we were going to get hit by it and they honestly told me yes.  One of the ladies asked if I was a 'bad flyer' and when I answered and asked for more wine she gladly handed it over.  After that, I had a new glass every half hour until landing!  Wonderful crew.  I didn't feel a thing, and I also didn't solve any more puzzles.

Now begins the arduous task of videoing all I brought home and the solving of them as well. You can see videos on my YouTube channel.
Generic photos of IPP32 taken on my phone.
People of IPP photos.
Puzzles from IPP photos.
Random Photos of Washington D.C.

And don't forget to check out Brian's damned puzzle blog or Allard's Puzzling times or Neil's puzzle parts for more of the IPP action!  I'm sure eventually they will all post. 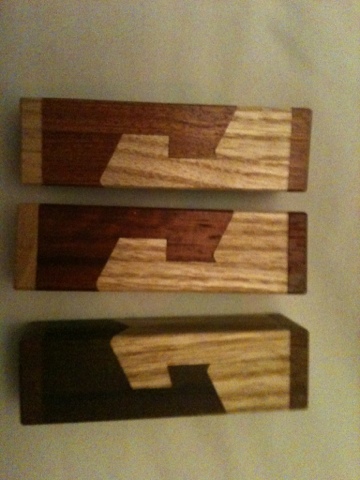