Can I call it that? Is it now day 0 finally? This year is odd for us because of two things. We checked in early AND we aren't in the official hotel.

The first because although we've Seen plenty of people, the fun rally didn't begin for me until last night. The second because it's just plain odd. Doesn't matter, all is good and were having fun.

Bug and I did our shopping and are now done. We then dragged our wheels bag to the mall for a bit of a look around. Ok a piece of advice, NEVER do that. Gravel. I'll say no more. We saw the whitehouse from the washington memorial and the WWII memorial. Since we have three trips down here we decided to call it a day and return to the hotel.

When we arrived who should come running up with a big hug but my young friend John. I saw a bunch from Renegade as well as a few more from Twisty puzzles and a whole bunch more from other places. Bug said hello to many and had fun chatting just as much as I did.

Around seven John mentioned they hadn't eaten in in over 12 hours so we headed out for a bite. As we were walking over we bumped into Andreas and Goetz so we had a bit of a party. At Chilis. The waitresses tickled me because they kept saying they wanted to play with our toys.

After dinner it was back to the lobby for a lot more chat into the late night. Watch out for some nifty new ones from Hanayama. Oscar gave bug an 'out of the box' that she mostly solved. Met A couple fellow bloggers, Allard, brand Brian. Watched my bug sleep on the sofa for about three hours before getting a second wind. I got a peak at some of the competition puzzles before calling it a night.

I slept around five hours and am ready to run again.

As another aside I'm using the blogger app so my posts will be a bit photo odd for a while. 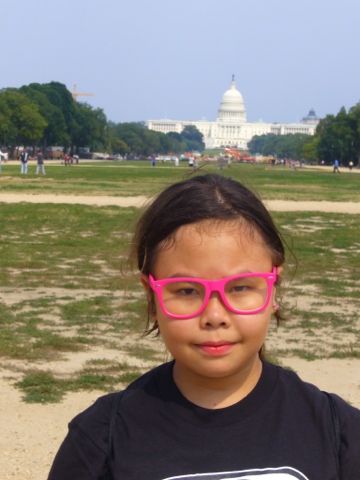 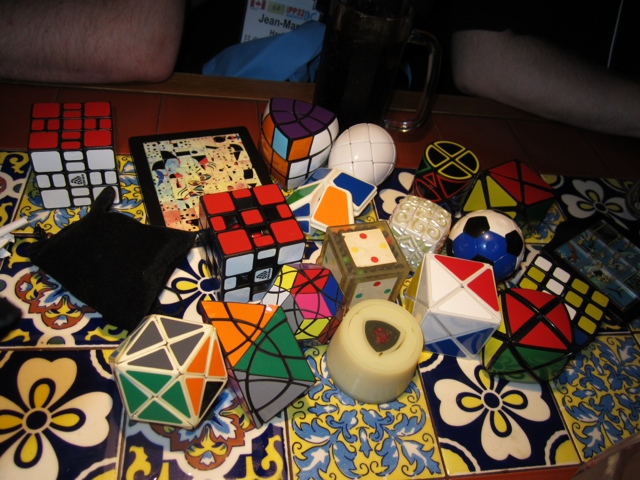 Posted by Roxanne Miller at 6:26 AM