Another batch of interviews

I must say, this time the organizers have it all worked out. Three days of interviews now and another round closer to the event. They made tags for the puzzles so I didn't have to. They even had many of the questions written out beforehand. The only thing I would have liked...a bit of coffee. But then I'm an addict.

Poor Michael was there from 11:00 til 5:00. A long day but then I guess it's good for his business. Thankfully I didn't need to be in until 2:15 (farewell party at work the night before)

Today's interview was pretty cool. Oh it was the same old questions but the reporter for the second interview took an interest in my Gundam puzzles and promptly pulled out his phone to show me a model he had just finished. He then went on to tell me the names of my puzzles and gave me a brief overview of the series. Now how cool is that. 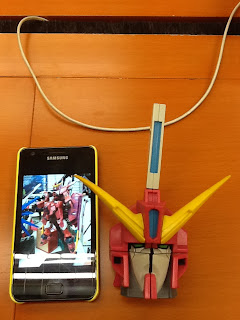 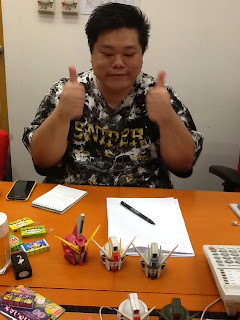 One of the questions I was asked was about the interesting (or not) people I meet while puzzling. I'm adding that reporter to my list. 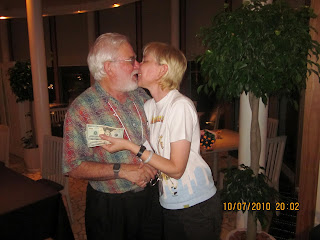 And for those of my 3 readers who are worried, Matt thinks as highly of Stan as I do.

One more day of it and it's back to puzzling as always.

And another thought that has come to me today. Kevin (aka puzzlemad) has recently mentioned that head a problem. Collecting too much, playing too much...you know the deal. Well when I was in Wellington I went to a museum there and as luck would have it they had a collection of glassware, not that the collection matters, but one little quote caught my eye. 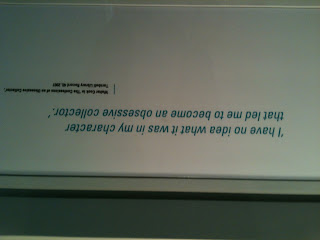 This one's for you Kevin. Take comfort in knowing you aren't alone.
Posted by Roxanne Miller at 12:50 AM